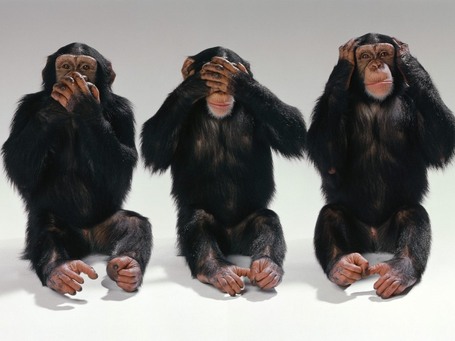 Very disappointed. They should have at least get some 3rd or 4th line help. The D is quite good so no need for room for improvement. If they stink in the 1st round of the playoffs or miss it, I will blame AV and MG for this.

...and that from the CDC took all of 30 minutes to pop up after the deadline passed.

Naturally you'd expect that sort of thing to come up because few, if any, people thought Vancouver would end the day with no moves at all. Maybe that annoying feeling you have in the pit of your stomach (assuming you're sober and are cognizant of your own feelings) is the same "bad Christmas" feeling you had as a kid right? When you asked your parents for "Super Mario Brothers II" for the old NES system and you look down amongst the holiday wrapping paper and see "Adventures of Lolo", you feel cheated, throw the game in the fireplace and pen death threats to Santa.

Now, that said, you have to ask yourself if today was a failure and, once there's some distance from this afternoon, you'll see that the answer is no.

First, we know Gillis tried to make some moves but they had to be the right ones. He mentioned countless times that he wasn't interested in moving picks, prospects or roster guys without getting the right sort of guy in return. He wasn't kidding; consider what Jeff Paterson mentioned in the caucks.com liveblog:

I have it on impeccable authority that Recchi was offered to the Vancouver Canucks for less than Boston gave up to get him, but the Canucks must have felt Recchi wasn't the right fit.

Similarly, we have no idea what the GM's wanted in return from Gillis, leading us to the Bouwmeester thing.

An aside - I read somewhere (today is a blur so my apologies for not finding the link to the source) that the Bouwmeester offer was more of a ploy to show Bouwmeester himself that Vancouver wants him, leaving that lingering taste in his mouth so he remembers it by July 1st.

But the initial Bouwmeester rumor was for Raymond and a first rounder, then Bieksa was added to it, then other reports were suggesting Hodgson too. We now know that Bieksa was never mentioned specifically by either GM. Still, Gillis should be expected to move a projected blue chipper plus a first rounder on top whatever else Florida may have wanted? How far removed is that from last year when, for Brad Richards, there was talk of moving Edler, Kesler and a pick? How amazingly bad would that look now? The risk badly outweighs the reward on both counts.

Gillis didn't even want to move picks as high as the second round. He's not alone; I count only one first rounder that was moved today (Calgary's) and I can't count how many times I saw "conditional" draft picks used as an asset instead.

"We talked to a number of teams about a number of possibilities," Gillis said. "But giving up second round picks for players who aren't long term players was something I had agreed and decided not to do as long as eight months ago."

"If we can't improve our team, why would we just spend money?" Gillis said. "We made every attempt to do what we could do to improve the team. I think most fans who are logical thinkers, who are true Canuck fans, see just to spend money because we have it is not the best business model."

This echoes very much what I've heard Burke talk about countless times today: economic uncertainty. Without knowing what the cap will be next year means he doesn't know what reality and constraints he'll be working with. Eating a guy with a bloated salary in a trade could stop him from bettering Vancouver in the future. And, yes, he still has Ohlund and the Sedins to sign before July 1 with Luongo's contract not too far down the line either. But the Burrows extension should show you he's going to reward those who deserve the reward.

Lastly, there's Calgary. We managed to survive the Tanguay days no? Just prepare yourself for every media outlet to jump up and down and applaud Calgary's moves today (Bill Clement has already said they are the favorite to win the Cup so the kiss of death is in effect). The Flames did do a great job in one respect (fleecing Colorado for Leopold). The Jokinen deal itself could ultimately be protection against Cammalleri bolting next summer. But how these two are integrated on their team? We don't know. And Jokinen himself seems to bring a good deal of baggage with him (which may have factored into why Gillis didn't make a strong push for him last June). Regardless, what we do know is that the Flames lost some valuable picks, prospects and are still dealing with a good deal of injuries (just today Bertuzzi had surgery).

In the end, the 2009 trade deadline will be remembered by Vancouver fans for its silence. But this team is in fifth place, winners of 11 out of the past 13 games and are in control of their own destiny. Assuming they make the playoffs, they'll do so behind some guys who are having career seasons, a deep blue line and one of the best netminders in the game. And behind them wil be Gillis who was "content" enough today to do nothing, effectively saying "this team is good to enough to beat anyone."

We'll find out soon enough if Gillis is right.