OK, just to finish what we started here today, as many deals were announced well after the deadline:

-The Oilers actually did something...they got Ales Kotalik from the Sabres for a 2nd round pick. Gotta have two Ales' on your team, right?

-The Oilers did more! They acquired Patrick O'Sullivan and a 2nd round pick from the Hurricanes in exchange for Erik Cole. Cole will thrive with his old buddies in Carolina. He struggled in Edmonton. O'Sullivan is a great pickup for the Oilers.

-The Hurricanes had acquired O'Sullivan from the Kings earlier in exchange for Justin Williams.

-I thought the Sharks would stand pat, but no. They acquired Travis Moen and Kent Huskins from the Ducks in exchange for prospects Nick Bonino, Timo Pielmeirer, and a conditional pick. Jeez. The Sharks are loaded aren't they? They are bigger and meaner.

-The Hawks took a chance on mono-victim Sammy Pahlsson, and sent James Wisnewski to the Ducks. Huh.

- The Blue Jackets acquired prospect goalie Kevin Lalande from the Flames for a 4th round draft pick.

- The Lightning acquired Noah Welch and a 3rd round pick from the Panthers in exchange for Steve Eminger.

15:18 - Party's over Canuck fans. Official word is that the team is done and has confirmed they weren't involved in any trades today. Gillis will address the media at 12:45 PST.

15:05 - The Leafs have traded Dominic Moore to Buffalo for a 2nd round pick.

14:59 - The Coyotes have traded Derek Morris to the Rangers for Dimitri Kalinin, Nigel Dawes and Petr Prucha. Holy hell. Is Morris really worth that much? Phoenix wins in that deal. 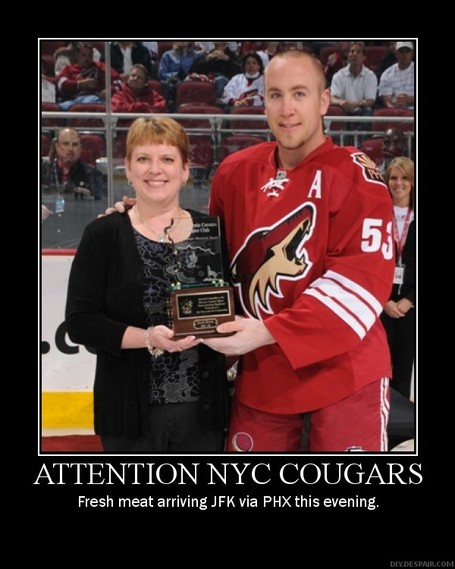 14:47 - Per TSN: Toronto has traded Nik Antropov to the Rangers for a 2nd round pick and a conditional pick. I hear Yankee laughing from the other side of the continent (damn straight, better a few blocks away from me than anywhere near GM Place).

PPP is in mourning. 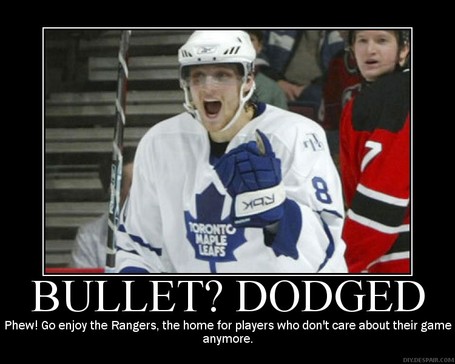 14:45 - The Flyers have acquired Daniel Carcillo from the Coyotes in exchange for Scotty Upshall and a 2nd round pick, according to TSN. 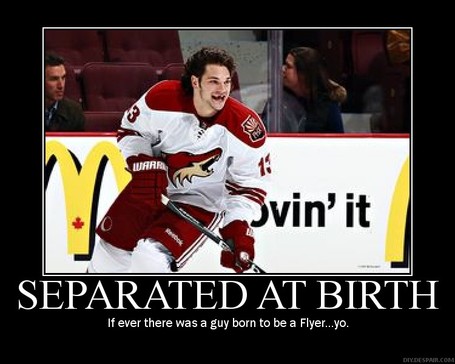 14:01 PM - The Penguins have acquired Bill Guerin from the Islanders.

The Islanders get a conditional 5th round pick in return. If the Penguins haul ass with Guerin in their lineup, that conditional pick could become as good as a 3rd round pick. 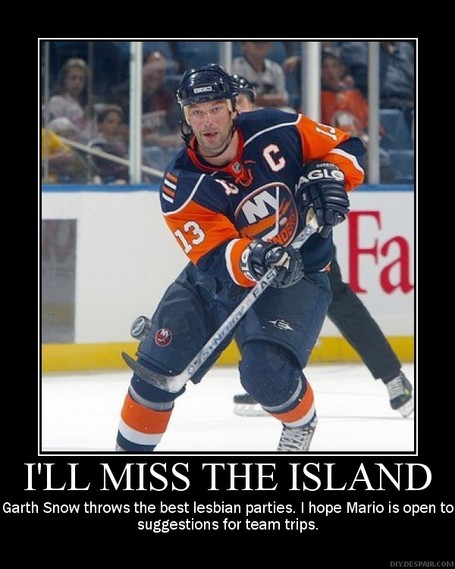 13:24 PM - TSN is reporting right now that Mark Recchi has been traded to the Bruins. No word on what is going Tampa's way yet. Guesses? 2nd round pick?

Answer: Recchi and a 2nd round pick in 2010 to Boston for Matt Lashoff and Martin Karsums.

Interestingly, from Jeff Paterson on the canucks.com deadline page:

I have it on impeccable authority that Recchi was offered to the Vancouver Canucks for less than Boston gave up to get him, but the Canucks must have felt Recchi wasn't the right fit. 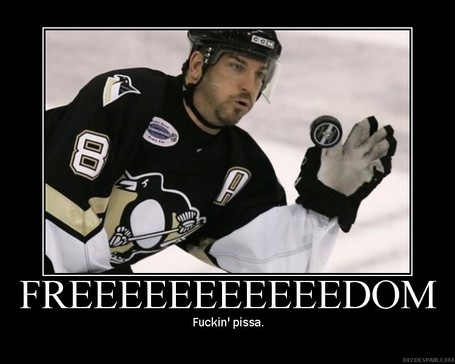 12:55 PM - TSN reports that Vesa Toskala is done for the season to have some form of groin surgery. Hence the Gerber trade.

12:52 PM - Just before the Jokinen deal was announced, TSN confirmed that the Ducks had traded Steve "El" Montador to the Bruins for Petteri Nokelainen.

12:40 PM - TSN is reporting the the Calgary Flames have traded Matt Lombardi, Brandon Prust and a 1st round pick to the Coyotes for Olli Jokinen. Calgary is loading up, aren't they? I'm not the biggest fan of Jokinen. We'll see how he fits in there. I hope this blows up Calgary's chemistry.

I don't think Kent at Matchsticks and Gasoline is too thrilled about Jokinen. 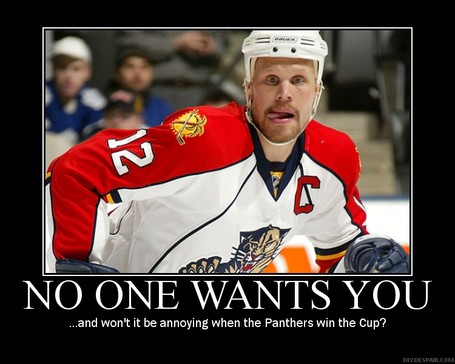 12:29 PM - Poor Mike's doing all the work here. I had better jump in. The Sabres have signed Tim Connolly to a 2-year, $9 million deal. That's a hefty price to pay a majorly injury-prone player. The song  "Mandatory Suicide" by Slayer comes to mind.

12:15 PM - Another minor one: The Sabres trade a fourth round pick to the Coyotes for goalie Mikael Tellqvist. Die By The Blade and Five For Howling will have the details for ya.

12:06 PM - And your waiver wire winners: Martin Gerber goes to Toronto (hahaha) as does Erik Reitz, Morrison is off to Dallas and Pittsburgh snags Craig Adams. Not sure of the other notables just yet.

11:55 AM - A minor one: Andy Wozniewski from the Blues over to the Pens for Danny Richmond. St. Louis Gametime and Pensburgh should have more.

11:44 AM - Credit the Flames for housing Nycholat all of 24 hours before flipping him, along with prospect Ryan Wilson and a 2nd round pick to Colorado for Jordan Leopold.

Feel free to be someone concerned that now the BJ's (*snicker*) and Flames have upgraded while the Canucks are being quiet. Still three hours to go but the Flames win this one assuming the Leopold's groin holds up and he can return to being a top four guy. Whispers that Jokinen is possibly Calgary bound too but something has to give on their end salary wise. 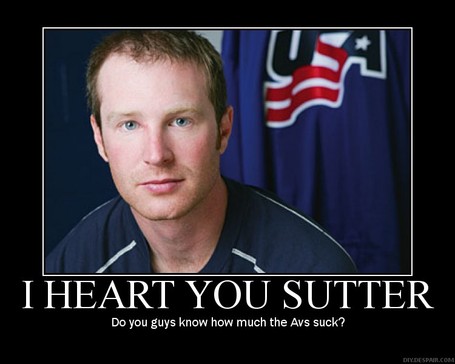 Head on over to Mile High Hockey or Matchsticks and Gasoline for more.

11:00 AM - Four hours to go and nothing going in Van land. There are rumblings of Bouwmeester for a mix of Bieksa/Raymond/1st rounder but nothing concrete there. Burke has said on TSN that both Moore and Antropov will be moved today so there's that to look forward to as well. Both Connolly and Kuba have signed extensions so they're off the table too. We should find out the results of yesterdays waiver wire maddness soon.

10:00 AM - We got a trade and it involves a team chasing Vancouver sadly. The Senators trade Antoine Vermette to the Blue Jackets for goaltender Pascal Leclaire and possibly a second round pick.

A great trade for the BJ's as they get a grinder long rumored to be a Canuck actually, dating back to last July. And Ottawa gets a goalie who has had a rough season due to injuries and lost his job to Mason. 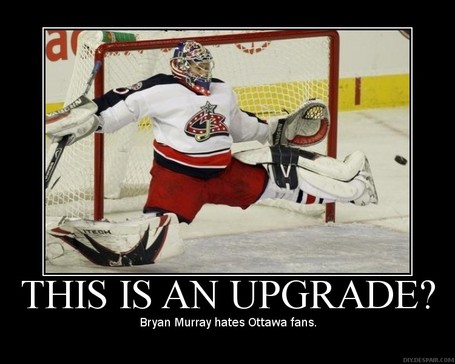 Check out Silver Seven for more.

Note: Sean and I will keep this updated all day as quickly as we can verify a trade is actually real. Any Vancouver specific trades will probably be their own posts but also referenced here too so check back when your finger gets itchy to hit the F5 key.

For more in-depth Vancouver analysis be sure to check out the deadline page at canucks.com too. The Yank will be adding his two cents over there as well. Feel free to add your thoughts or what you see in the comments.

Noteworthy moves prior to today are after the jump.

For all SB Nation news and notes for hockey's holiday, just follow the link below:

Via TSN, Avery is finally a Ranger. Maybe now Naslund doesn't have to drop the gloves?

While we believe in rehabilitation and second chances, we simply can't wait until the first fight between Avery and Torts. It'll make the Rangers inevitably plunge out of the playoffs that much more entertaining. 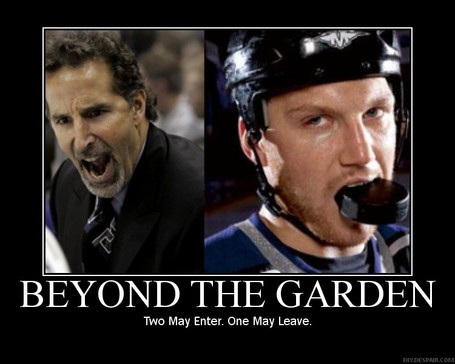 Via TSN, the Atlanta Thrashers have traded Niclas Havelid to the NJ Devils for Anssi Salmela.

Stop me if you're heard this before, but the Thrashers are in rebuilding, remodeling and/or rejiggering mode and, rather than hang on to a UFA to be, they get their hands on a young defensemen forecasted to be a top six guy that they can build around.

In exchange, the Devils get a guy who will join Martin, Oduya and White on defense...who are we kidding, this sick team just got sicker. I mean, come on. Knock it off. We all get it, you're really good. 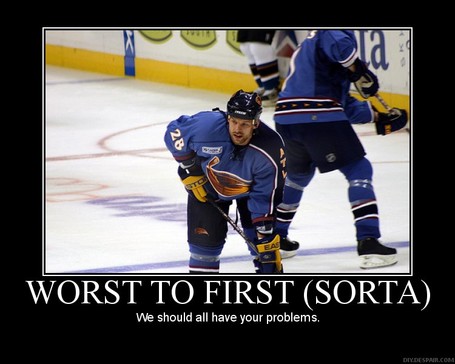 Check out In Lou We Trust for more Devils news and Birdwatchers Anonymous for the Atlanta perspective.

The domino falls on the first big trade, setting up the possibility the Ducks move either Niedermayer and (*spits*) Pronger before the deadline.

More news can be found over in Pensburgh. 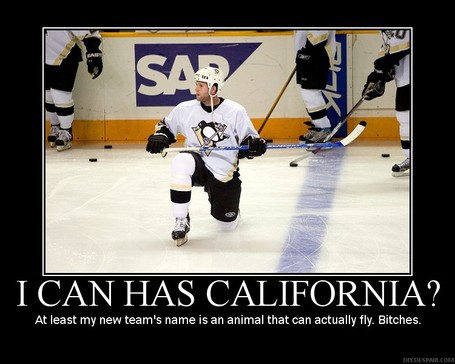