Canucks @ Wild: A chance to take top spot in the Northwest

Share All sharing options for: Canucks @ Wild: A chance to take top spot in the Northwest 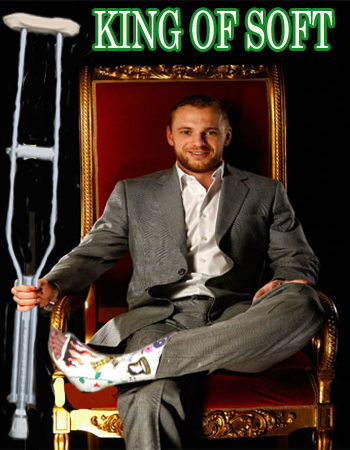 4:05 PM ET Update: As warned earlier, Rypien returns to the ice tonight. How long he stays healthy is another matter, but we have the defacto energy guy back for a big game.

In his paltry five games this year, Rypien had two goals and seven PIMs.

(g/t Beantown Canuck for the heads up)

11:42 AM ET Update: Just as a heads up, keep in mind Vigneault says Rypien will play before the end of the regular season, potentially as soon as this evening.

The talk of the town is about how the Flames lost against the Sharks last night and the Canucks now have a chance to take over the Northwest Division lead....finally. But to do so they will have to beat yet another team in Minnesota that is fighting for it's life to earn a playoff spot. The Wild are 3 points behind the 8th place Blues. St. Louis has won 5 straight. The Predators, who occupy 7th spot, are 4 points ahead of the Wild and have won 3 straight.

It looks like the Wild are going to have to win every game remaining, and they know it.

The Canucks, who are 4-0-1 against the Wild this season, can pretty much kill Minnesota's chances in their own rink. It wouldn't be the first time they've done that recently. (How you doin', Dallas?)

Can this Vancouver team muster up the same kind of effort that they put forth against the Blackhawks to go 4-2 to close out heir road trip? It's not going to be easy, but is there any point denying this Canucks team lately?

By my count, the Canucks are 12-4-3 against divisional opponents this season. Ownership.

It's going to be key to keep Marian Gaborik in check. The Wild have 3 wins and 2 losses since his return on March 22. Gaborik has 4 goals and 2 assists in that span. Overall this season the Wild are 7-3-1 with the softy in their lineup.

This game could get ugly as well. Cal Clutterbuck has easily surpassed the record for most hits in a season. Then there's always that piece of dung Derek Boogergaard lingering around as well.

Get it done boys, and head back home with your heads held high! Sink the damned Wild!

I think Slayer's Tom Araya said it best when he said: "Waaaaaaaaaaarrrrrrr!"