Canucks/Avs: The Search For A Pulse

Share All sharing options for: Canucks/Avs: The Search For A Pulse 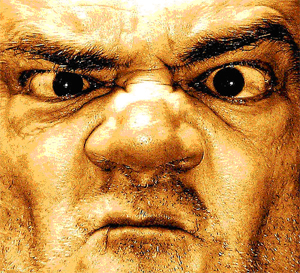 Where: The TV, sports radio or atdhe.net. Duh.

I think I've calmed down enough to stomach another game 24 hours after Vancouver rolled over and let the Blues have their way with their limp, lifeless bodies. Luongo and Burrows kept the Canucks in that game a full two periods more then they deserved to be. When your best line of the evening is Pyatt/Wellwood/Bernier, that should tell you something.

It's precisely those lethargic, "we don't give a fuck" efforts that I truly dispise and it's beyond pathetic that they can cough one up like that with ten games left in the season and a playoff spot not even locked down. How inspiring.

And it's beyond the realm of rational human intellect that, in such a game, the likes of superstar forward and the $8.2 million dollar phenom Mats Sundin was no where to be found, save for his four minutes sitting in the box, the last of which helped kill any moment the Canucks may have found in the waning moments of the third.

At least KesLORD was honest:

"We took too many penalties and that was obvious," said Canucks winger Ryan Kesler. "What can you say? They outworked us and I don't think everybody showed up tonight. We all know that."

Vigneault had a small plane ride and a snow delay to instill some backbone again into his squad prior to tonight's tilt with the Avs. Vancouver spends most of every season getting shafted by the NHL schedule makers, but as luck would have it, they get to face the worst team in the conference three times in the next three weeks. There is simply no excuse for not slam dunking these six points.

The only possible excuse would be Colorado rises to the level of spoiler and plays their hearts out for the home audience and their own pride. I would suspect they would (and sure as shit hope so if I was an Avs fan) but perhaps they'll roll over and tank it for Tavares like they did in their last game.

Vancouver needs this win to recharge their engines and hone their focus. And, if nothing else, with Calgary idle they have another golden opportunity to pull within a point of the division lead and jump four points ahead of Columbus (also idle).

And the script couldn't be more generous: Colorado is 24th on the PP and 25th on PK. They're the fourth worst in goals against per game (3.20) and the third worst in scoring (2.46 gf/g). They're the ninth most injured team this year and likely have lost one of their top scorers (and the guy who has the most points against Vancouver this year) for the remainder of the season. Their goalies are hovering near the bottom of several netminder stats. They're more focused on rebuilding than the post season (obviously) and even their coach isn't sure about what is to happen with their club next year. ALL of this points to a team that couldn't be easier to beat up on. It should be Mike Tyson on a crank bender taking a bag of Skittles from a crying child with his back turned. That sort of mismatch.

And yet, the series is 1-0-2. Vancouver took the last one 4-2, but couldn't beat these guys in shootouts earlier in the year. And they have vaunted Canuck killer Milan Hejduk who always seems to score at will against us. And, after last night, no one should think anything is a cake walk anymore.

Or should we feel confident? I'm not. So prove us doubters wrong. It doesn't need to be 10-0. It doesn't need to be a brawl. It just needs to be a win. I don't care how, surprise us if you have to. Score a goal off Pudge's stomach. Let Colorado have an own goal; Liles fires it and it ricochets off the back of Laperriere's head past Budaj. Whatever. Just get the win. Don't forget the sting of last night's loss, but put it behind you and get the points. Nothing more, nothing less.