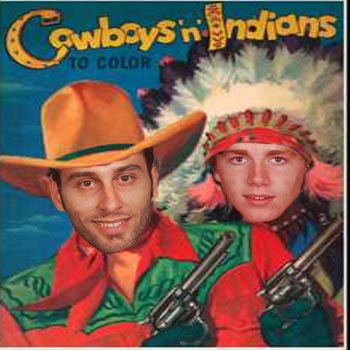 In court the other day there was a case regarding the custody of a small child.

The judge asked the boy, "do you want to live with your mother?"

He replied, "No I don't want to live with her because she beats me!".

The judge then asked, "Do you want to live with your father?"

The boy stated, "No he beats me too."

Finally the judge asked, "where do you want to live?"

The child responded, "I want to live with the Chicago Black Hawks!"

The judge asked, "Why do you want to live with the Chicago Black Hawks?"

The boy exclaimed, "Because the Black Hawks don't beat anybody!"

They were an absolute joke in recent years, weren't they?

The Hawks had a mini-slup in late January, losing 3 of 4 games. I thought that maybe they'd cool off for a while. Not a chance. After the 3rd loss, a 5-2 decision to the Kings, Chicago defeated the Sharks 4-2 two nights later, and then beat the Oilers and Flames to extend their current winning streak to 3 games.  So much for the slump.

This is concerning. The Canucks are playing better lately, and finally won a game over the Hurricanes on Tuesday. But there are still too many holes in their game. They not only blew a 2-0 lead, but they also have not solved their penalty killing woes, which has dropped to 23rd in the NHL.  The Blackhawks have so much fire power up that if the Canucks don't get their PK in order it could get ugly on Saturday night.

Vancouver's lousy PK is a combination of several issues: inability to clear the puck out of the zone, headless chicken activity (scrambling) in their own zone when down a man, and goaltending that's not up to par. It's as if they have no confidence in eachother when one of their guys takes a penalty. It needs to improve, and quick.

A big question mark going into the game against Chicago will be what kind of effect will the 3 days in between games have on the Canucks? It could go either way. How much more confident is this team going to be after finally breaking the slump last game? It's a possibility that they would have been better to have 1 day off instead to keep the ball rolling.

Or maybe they'll come out of the gates completely energized and kick the shit out of Chicago.  I really don't know what to expect from Vancouver at this point.

- Kyle Wellwood has the flu. Hopefully it's a 24 hour flu, a 26-ounce flu, or a bad reaction from a cheeseburger that he ate.

- I don't know if this matters to you or not, but BC-born Grammy winning singer Michael Buble will be the color guy alongside John Shorthouse on Team 1040 radio for the Hawks game. Buble is nor relation to Jiri Bubla.Tom Larchied is in Mormon country Utah to be inducted into the sports hall of fame there.

Maybe Buble will sing "Moondance" every time the Canucks score. Actually, Shorthouse says Buble has a lot of hockey knowledge.

Mats Sundin on Kesler: "To me, he has been our best forward since I got here. I’m very impressed."

Vigneault on Wellwood: "Kyle needs to pick it up here," Vigneault stated. "He's been playing every power play, he's been playing 5-on-5 and he's been getting good minutes. He's been dependable defensively, so I've got nothing to say there, but he's got to find a way to contribute.

Vancouver Province: O'Brien's bitching was a pleasant distraction to the team.

I don't know if O'Brien or Mason Raymond will draw back into the lineup. It seems doubtful. O'Brien's days as a Canuck could be numbered.

Not really an update...did any of you see the psychic perform a cleanse outside GM Place prior to the game against the Hurricanes? This woman could become a storyline if the Canucks beat the Hawks tonight.

Wanna hack some Blackhawk fans? Check out Second City Hockey.  I remember a time when it was nearly impossible to find a Blackhawks blog. Now there are many.