Canucks/Flames Recap: It Is What It Is

Share All sharing options for: Canucks/Flames Recap: It Is What It Is 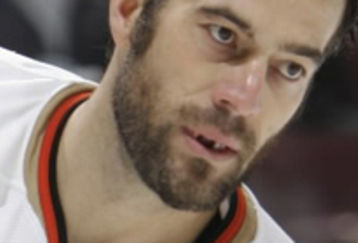 Thank you Todd Bertuzzi. A few reasons come to mind:

Overall, this game was just as billed, having playoff-intensity, a smashmouth style and razor thin until the final buzzer. A reluctant but well deserved glove tap should go out to Kiprusoff who, along with Luongo, made some of the best saves in a single game that I've seen in probably two seasons. Luongo had two in the first period alone to keep his team from falling behind early. Kipper returned the favor against Wellwood in the third with a beautiful diving stick save.

The Sedins were quiet tonight, opening the door for Kesler to play the role of hero through most of the game until Bieksa's (literally) last minute goal forced the OT. Sundin played a decent enough game, Burrows was on fire and Demitra was blocking shots (no, I'm serious, he actually blocked one).

With the Sharks currently beating the Oilers with a few minutes remaining, Vancouver should wake up tomorrow back in fifth place, a single point over Dallas and two up on the Oil and Blue Jackets.

A great game, a phenomial comeback, unreal goaltending and two points for the good guys. God damn I love this sport.