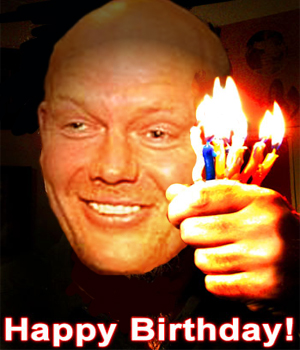 It’s big for our confidence to know coming in after one (period) and being down two goals that we can come back from that. Going down the stretch, we’re not going to be ahead all the time and these wins are big character wins. I’m proud of everybody in the room- Bieksa after the Phoenix game.

I'm both excited and stressed at the same time. These games can be tough to get through without damaging brain cells and nerve endings. But the team is persisting, and my confidence in this group continues to escalate.

What can be said about Dallas? For a team that got off to an atrocious start this season going 4-5-2 in October and 4-6-2 in November, they are anything but mediocre now. Especially recently, as they have won 7 of their last 10 games. Much of the new success is due to the poisonous Sean Avery being sent packing. The improved play of Marty Turco is a major factor as well.

It is insane how the Stars were rolling over the past few weeks only to get shutdown 1-0 by the hard-working Coyotes on Wednesday. The Coyotes return home to play the Canucks the next night and completely piss away 2 points to a Canucks team that they had under control for most of the night. Is it because Vancouver is that damned good, or did Phoenix tire out? If we beat Dallas tonight, I think the former will out-do the latter.

It's going to be a rough and tough game. There's no love between these 2 teams. Much of it stems from the Canucks beating Dallas in the playoffs a couple of years ago.

I gathered that the Canucks are 4-2-2 in the second of back-to-back games. Not sure if I heard that right on Sportsnet last night.

A win by Vancouver tonight will put them in 5th spot in the West, 3 points up on Dallas, and 4 points up on the 9th spot Oilers. This is crucial.

Happy Birthday to Mats Sundin, who turned 38 today, Friday the 13th. Ooo, jinxes. Mats, I'd give you a present but I'm too selfish. How about you give me a present...go out and continue your excellent play and bag a hatty tonight!

Jason Labarbera may get the start. Remember the way he played against Dallas in January (an unfortunate loss)?

Head over there and spread some Stars hate tonight!