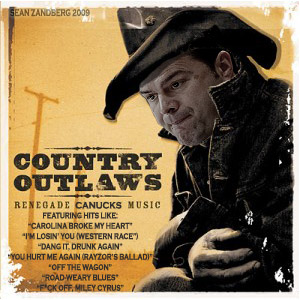 THE OPPOSITION: On The Forecheck

Update: 11:45  PST: If the Canucks beat the Preds in regulation and the Stars beat the Ducks tonight, Dallas will hold 7th spot and the Canucks will be in 8th in the West. The Coyotes Predators would fall out of a playoff spot. Just adding a little more fuel to the fire.

Update: 9:38 PST: Preds coach Barry "Melon" Trotz would have benched nearly his whole team last game if it was possible. After his team's 5-3 loss to the Wild he is threatening lineup changes. (The City Paper via Dirk Hoag @ On The Forecheck)

Update 9:24 PST: Martin Erat is heating up. He has 2 goals and 4 points in his last 3 games, and has 4 goals and 6 assists in his last 11 games against the Canucks.(Sportsnet Preview)

The Canucks really didn't want two days off before playing in Nashville.

"It’s almost maddening now that we have this little break before we go play," Ryan Johnson told the Province.  "If we had our choice we’d have been playing [Sunday] night to get back and be able to erase this [loss to the Hurricanes]." Well you won't have to worry about that for a while, Ryan. The Canucks play every second night until the 22nd. No more Canucks hockey starvation until XmasTurkey Dinner.

Now, the Canucks have to beat the Predators to make their 4 game road trip a "respectful" 3-1 record. A win over Nashville (who are in 7th spot) in regulation will finally vault them into the top 8 of the Western Conference. Has that even happened yet this season? I can't even remember.

So how are those Predators doing lately?

and 4 of their last 6. Prior to the 3-1 loss to the Blues 6 games ago, the Preds had won 7 in a row. They won 9 of 13 games in November after winning only 6 of 13 in October. Their last game was a 5-3 loss, where the wheels fell off early. They had 4 consecutive power plays in the first period but were outshot 10-7 and outscored 2-1. The Wild blew it wide open in the 2nd, scoring 3 consecutive goals, out-shooting Nashville 18-9, and never looked back.

Nashville ranks 28th in the NHL in goals per game average. If you look at their team stats you can see why that is. That being said, it appears players beyond the top 6 can strike occasionally as well.

With low-scoring issues, the Preds have to limit the goals against, obviously. They rank 11th in the League in that category.

More intriguing Preds stats: they rank 26th in the NHL for power play efficiency, about the same as the Canucks on the PK (23rd), and about the same as Vancouver in shots for and against average per game. Vancouver ranks higher than Nashville in all these stats but still sits 11th in the West! Scratch my back with a f*cking hacksaw! What gives?

Oh, irony, fate, and no overtime losses! Just think: the Stars, who are 2 points of the Canucks and hold the 8th spot in the West, have 8 overtime/shootout losses. The Avalanche, who are 6 points ahead of the Canucks and hold 5th spot in the West, have 6 of them. Vancouver has to win more games and get the close games that they are losing into overtime more often. They are now officially the only team in the NHL who has ZERO OTL points.

So much madness abounds. Who would have thought that they Canucks would go 4-for-5 on the power play in 1 game after Daniel Sedin returned to the lineup and then 0-for-19 in the 6 other games? There may be a reason or two for that. Here's a big one.

You'll see most of the Predators sporting mustaches tonight. They have made a pledge to grow out their 'staches until December 15th in order to honor of global awareness for testicular and prostate cancer.