Share All sharing options for: Canucks vs Coyotes Game Thread

posted by Sean Zandberg about 13 hours ago

A city boy went out West to visit his old Uncle, miles from anywhere, on a big ranch with mostly sand and cactus.
After the sun went down they went to bed, and it was so dark the boy was afraid. As he lay there he heard a mournful, otherworldly sound.
Frightened, he called out to the old Uncle, There's werewolves! I hear werewolves"!
"That's rubbish, Boy. Ain't no sech thing", his Uncle answered.
"Then it must be man-eating wolves"!
"No. we don't have those either. Now go to sleep"!
The sound started again.
"Then, what is it"? he called out, terrified.
"They're only coyotes".
"Coyotes? What's that"?
"They're a lot like dogs. In fact, you can consider them a kind of dog".
"Then why are they making this horrible noise"?
" See, Boy, we ain't got many trees around here,. We got Cactuses"! 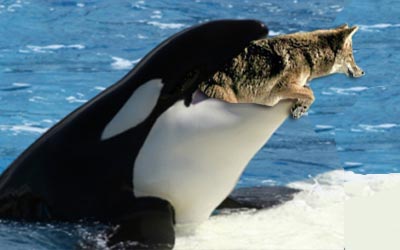