The Vancouver Moose Experience Chugs Along

Share All sharing options for: The Vancouver Moose Experience Chugs Along 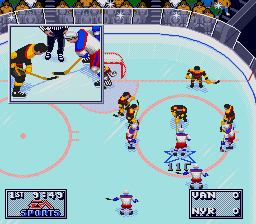 With Matt Pettinger getting ready to start tonight on the fourth line along with Blackout and Bliznak (this lad need a nickname), it's high time we dole out some praise to the healthy few who are keeping the Canucks remotely relevant less than one month into the season.

This includes Kevin Bieksa and Willie Mitchell, who lead the team in TOI (#1 and #2 respectively) and Mitchell leads in quality of competition category so, shift to shift, he's seeing the best forwards out there. Alex Edler has a fugly -6 and we've seen some fuglier plays, but he's also eaten more TOI and now ranks third on the team.

There are only four guys in double digits for scoring: KesLORD, Sammy, Hank and ErrorHoff. Can't say enough about the forwards really: Hank is without his brother, Sammy gets shuffled around a good deal and Kes is showing he doesn't need Sundin or Demitra to be a force. If they can get Raymond producing consistently and find some life in Burrows and Bernier up front and Salo and Schneider on the blueline, maybe we'll forget they've had nine ten eleven injuries keeping them from icing their full time roster.

And tonight, with shutout diva Raycroft back in net, they welcome Gaborik's groin and the always deplorable New York Rangers. You bet your ass I need to see a win tonight.

I believe Beantown Canuck and I had the pleasure of taking in Vancouver's thorough ass kicking of the filthy Rags last year in MSG, a game in which Lundqvist effectively benched himself. There was so much to like about that game that I ignored (as best I could) the massive hangover in the morning. Few things are sweeter than watching NY lose, especially when it's Wellwood of all people and a Burrows shorty leading the charge.

But expect Lundqvist in net tonight. The Rags other dilemma appears to be who rides alongside Prospal and Gaborik on their first line. Sounds like Higgins - another offseason signing - will get a crack at it tonight. And while they have cooled off recently, the Rangers are still one of the better teams this season, lead very much by the wonky groin who BOUGHT A HOUSE IN VANCOUVER. In 36 career games, Gaborik has 31 points (18-13-31) against the Canucks. Rookie blueliner Del Zotto is having a great start as well (it's true, I have him on the fantasy team). And though Vancouver is 5th on the PP, the Rags are 7th; conversely they're 4th on the PK and Vancouver is (gulp) 22nd.

Do I need to bring up Sean Avery? Not really. Besides the Canucks may not be the most talented group, but they certainly have enough angst to feed Avery his spine if they have to.

Vancouver had a strong win against the Avs and need to follow it up with an even stronger showing tonight. And a small bonus would be winning the game without another injury. Just an idea. Give it a shot, see how it feels.

If you need some Rangers information, check out Blueshirt Banter.