On This Day In Canucks History: November 3

Share All sharing options for: On This Day In Canucks History: November 3 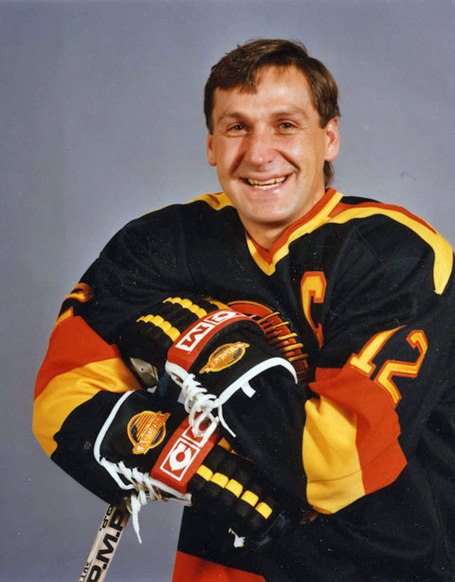 From Legends of Hockey:

By the time he was drafted 40th overall in the 1978 Amateur Draft, Smyl had fashioned himself as a feisty winger whose trademark was consistency. Standing only 5' 8" at best, he patterned his game on the solid work ethic of his heroes--Alan Stanley, Eddie Shack and Keith Magnuson. He was determined to prove that, in spite of his size, he was a heavyweight in achieving results.

During his first training camp, he caught notice as a determined body-checker. He quickly sought out the biggest man on the ice, Harold Snepsts, and clobbered him. The fallen giant recognized immediately that Smyl was the kind of player the Canucks needed. He took the rookie under his wing, commending him for the hit.

Over the course of his 13 seasons in Vancouver, Smyl set all-time club records for games played, goals, assists, and points. He also holds the distinction of having served the longest term as team captain.