Share All sharing options for: Brothers Gonna Work It Out. Sharks-Canucks Game Thread

The Enemy: Fear The Fin

I wouldn't blame you for thinking the Sharks are going to take this one. I am fighting the negativity myself. But what better chance for the Canucks to make the boldest of bold statements this young season by playing the second game in 2 nights and beating the awesome Sharks? It CAN happen. We have a damned good team here.

Keeping with the rap theme for game threads... you ever listen to Public Enemy? I only ever got into their first 3 albums, which were rap classics. To this day, "Brothers Gonna Work It Out" still blows my mind and gets my blood flowin'. Ear candy.

In 1995, you'll twist to this
As you raise your fist to the music
United we stand, yes divided we fall
Together we can stand tall
Brothers that try to work it out
They get mad, revolt, revise, realize
They're super bad
Small chance a smart brother's
Gonna be a victim of his own circumstance 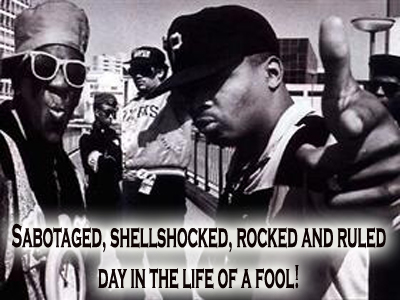