Share All sharing options for: Canucks Stats That Make Me Want To Jump In Front Of A Bus 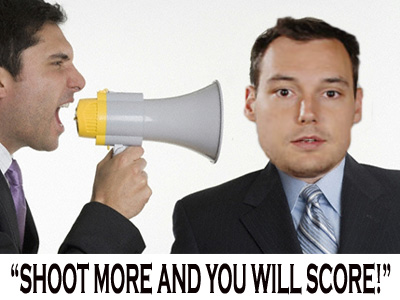 -As Tweeted yesterday, the Islanders have 1 more point than the Canucks.

-Vancouver is now 3 points out of a playoff spot and 7 points behind the Northwest Division-leading Avalanche.

-Kyle Wellwood and Sami Salo have zero goals and 2 points this season. Darcy Hordichuk has 1 goal and 2 points in less games. Matt Pettinger had 1 goal and 2 points in 7 games played. Rick Rypien has more points than they do (3). The last time Wellwood scored a goal was in game 4 of the St. Louis series. The last time he scored a regular season goal was on April 4 against the Oilers. In his last 72 regular season games played, he has scored 7 goals and 8 assists. He has 18 shots in 19 games this season.

The last time Sami Salo scored a goal was in game 2 of the Chicago series. The last time he scored in the regular season was March 1 against Columbus. That was about 36 regular season games ago. Where's the cannon, Sami? Oh right, "guys block more shots nowadays."

-Brendan Morrison has scored 7 goals and 17 points in 23 games with the Capitals this season. He makes only $300,000 more than Wellwood does. Yeah yeah, he plays with higher-skilled players, but it's still sad. It almost makes me wish....

-There are 2 teams in the NHL that do not have an overtime/shootout loss this season: Pittsburgh and Vancouver. That is more of an intriguing stat than anything else, but if a few of those 11 losses were decided in OT or a shootout, things would not look so bad. Edit: I see The Province has just caught on to this concept.

It's time for Vancouver to shed the .500 hockey club image. It's not good enough. Teams that finished 8th in the Eastern and Western Conferences last season were 11 and 9 games above .500 hockey. Consecutive wins over Colorado and a hard fought 1-0 loss to Chicago is a good start. Let's hope they continue to progress. The guys that are slumping are going to have to snap out of it, and quick.