On This Day In Canucks History: October 23

Share All sharing options for: On This Day In Canucks History: October 23 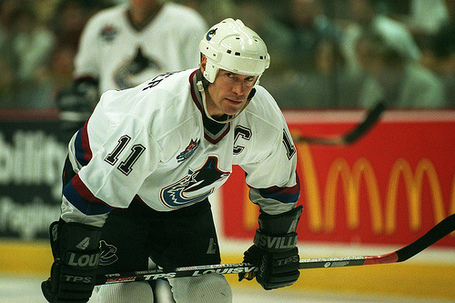 October 23, 1998 - How annoying is this one? Mark Messier scores his 600th career goal against none other than Kirk McLean who was playing for Florida at the time. Vancouver won 5-0.

For shits and giggles, here are some noteworthy moments from that game:

Messier retired with 694 goals, good enough for 7th best of all time. And did you know, of all the 17 players who have scored 600 goals or more, only one remains active more or less: Brendan Shanahan. I believe he'll take your phone call right now if you need some scoring help (wink, wink).