Share All sharing options for: Canucks Play In Denver Early 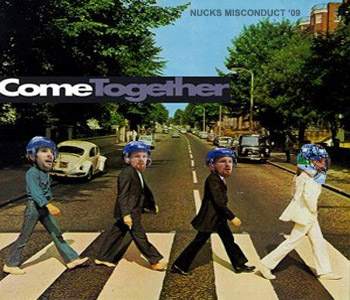 UPDATES: Wow. The Canucks confirmed they offered Dan Cloutier a tryout contract. Wellwood does have the flu and is a game time decision. Stop sharing veggie dips with Rypien! Shirokov, who is rooming with Samuelsson, was told to relax by his new buddy. Good for you, Sammy.

UPDATE: Mikael Samuelsson talks about his leadership role and chemistry with Ryan Kesler at the Province. Great read, and reason to feel optimistic about him.

UPDATE: Kyle Wellwood missed practice on Monday and it has not been revealed what his injury is yet. Ryan Johnson took his spot between Steve Bernier and Mason Raymond while Tanner Glass centered Darcy Hordichuk and Rick Rypien.

Just a heads up to those of you who don't know: the Canucks-Avalanche game starts at 12:00 PST Saturday.

The Canucks will look to bring a more consistent effort from nearly the whole squad after a disappointing start to the season against the Flames that inevitably contributed to their death.

Colorado played an emotional game last night after Joe Sakic's number was raised to the rafters. The team responded by pounding on the Sharks 5-2. That game had a similar stench to it as the Canucks game. The Sharks came on late, including outshooting the Avalanche 19-1 in the 3rd period but were stymied by new Avalanche goaltender Craig Anderson, who was the games' first star, and is picking up where he left off in Florida last year. Looks like Peter Budaj could be taking a back seat to this guy.

It's another game against a division rival. The Canucks will need to get used to all the new faces on their roster, and that will take some time. While they're doing that, the Avalanche are going to come out on fire on home ice.

This will be the game thread for the event. I'll continually post updates at the top of this post as they happen.

"In Edmonton, he called me for diving," Burrows said. "[Tonight] he got me for hooking when I thought I got his stick. Sometimes you just have to tell them they're cute and refereed a good game and next game maybe he'll give you one."

- Alex Burrows about the non call when he was highsticked.