Share All sharing options for: Hooray! There's A Game! 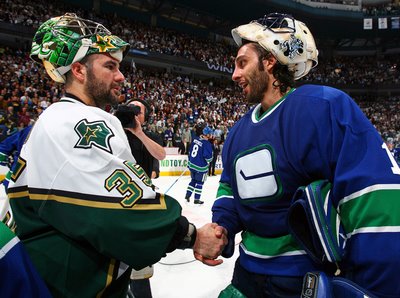 5:18 PM Update: Thanks to everyone who dropped this in the comments, but the news isn't great: Daniel is out 4-6 weeks with a broken foot. The pressure is on everyone now to step up in his absence.

10:31 AM Update: Silly me, I forgot the pregame metal reference. Since I was talking about Pantera last time I wanted to use them but sadly they're actually Stars fans. So - since I just heard a song off their new album - we'll go old school with some Megadeth: "Time to kiss your ass goodbye the end has just begun."

Besides, how can you argue with Vic Rattlehead? 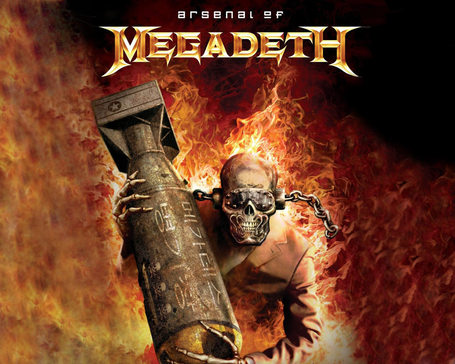 Get used to these long breaks between games folks. After tonight the Canucks don't play again until Friday.

The Dallas Stars happily stroll in this evening after a 5-2 win over Calgary (thanks!). Dallas has yet to lose in regulation (1-0-2) and will ice Marty Turco tonight even after a strong outing from back-up Alex Auld. I know it's fun to mock Turco at GM Place, but he is 17-6-1 against Vancouver with a 1.91 GAA. No need to rile him up any more than necessary.

The lines in front of Turco look like this:

Mike Modano is out, Fabian Brunnstrom is a healthy scratch, and Jere Lehtinen could make his season debut after missing the first three games with lower body ailments.

We know Daniel is out so how the team reacts to (a) missing their best sniper and (b) a few days off after an uplifting victory will be crucial.

Keys to the game: special teams. Assuming the goalies get stingy, this one could come down to special teams work and that's a good thing for Vancouver. The Canucks are tied for the second best PP in the league (33.3%) while Dallas has the third worst PK (58.3). Conversely, Dallas is ranked 18 on the PP (21.4%) and the Canucks have the fourth worst PK (62.5%).

Updates will be posted as we find them. If you need a Dallas fix, head on over to Defending Big D.