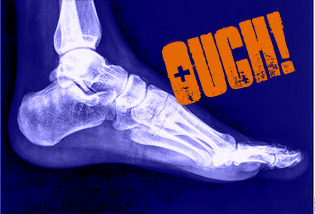 Anyone remember the last time there was only a single Sedin on the roster? It's likely happening tomorrow night. With Daniel Sedin nursing a bruised foot (at least we hope it's just that), the Canucks have recalled not Sergei Shirokov or Michael Grabner, but Guillaume Desbiens. Why Desbiens you ask? Said AV:

"I talked to (Manitoba head coach Scott Arneil and GM Craig Heisinger) and both of them said Desbiens had been their best player at both ends of the rink," Canucks head coach Alain Vigneault said. "They played last night, and I think Grabner got a couple of goals. But it was only his first game where he played pretty good. And it was Alex Bolduc's first game back from injury.

"So, out of the guys who had been there since the beginning, Desbiens had done the best."

Anyone get the feeling AV basically hates Grabner at this point?

Desbiens - along with Tanner Glass - gives the Canucks even more sandpaper to deploy against the Stars. But the question now becomes who slots into the first line in Daniel's absence? My hunch is Steve Bernier since they played well together against the Habs, but we'll see.

Hey at least it'll be easy to tell the twins apart for a change.