Share All sharing options for: Vigneault calls out Wellwood, Raymond and Bernier 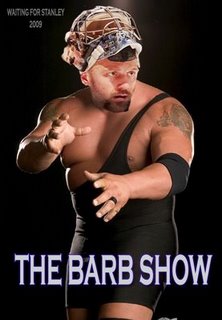 As for the line of Kyle Wellwood, Mason Raymond and Steve Bernier? Not so much.

"The only thing we need more is Wellwood's line," the Vancouver Canucks coach said after the combination was listless and pointless and combined for five shots during a 4-3 shootout loss to the Atlanta Thrashers.

"This has been going on for a while. They were a non-factor and they need to give us more."

This is a fair assessment from AV. The Sedins are flying out there and putting up points. The Kesler-Burrows line is showing lots of hustle even though they are not putting up points. The same applies to the 4th line. Jason Jaffray especially has been terrific, and has never looked better in a Canucks uniform.
Wellwood, I hate to say it, looks nearly useless out there. He gets pushed off the puck easily and is ineffective. Raymond shows a lot of jump, but is not getting any results. Bernier looks more like the 13th forward. He bangs guys around a lot but we needed more scoring from him. That may not happen anytime soon for Bernier.
This is where Mats Sundin will come in handy. If Mats could make Antropov and Ponikarovsky look good, then he can do wonders for any of the 3 "called out" Canucks. People seem to think that a Demitra-Sundin-Wellwood line will be a lock. Don't bank on that. I wouldn't mind seeing Sundin play with Bernier and Raymond. It may just work. I've seen Sundin and Wellwood play together on the Leafs and it was great to watch. But Wellwood's work ethic may soon be his undoing if he doesn't pick it up. You have to admit that Raymond and Bernier are outhustling Wellwood right now.
More than one Nuck is going to get squeezed out of the lineup with the arrival of Sundin and the return of Ryan Johnson and perhaps Taylor Pyatt. The 3 called out players need to realize that and start playing like they deserve to be here, much like Jason Jaffray is.

As for Larbarbera, he is nearly doing everything he can to give us wins in his first 2 starts. One thing you can see about Barbs is his lateral movement from post to post isn't sharp. He tends to over commit to a shot sometimes. Canucks goalie coach Ian Clark will change that, much like he did to Luongo. Barbs is a big guy. If he moves left to right better he is going to succeed even more. I believe he is the same height as Luongo, but he is 20 pounds heavier. The Big Show. Keep up the great work Barbs.