Before you read the update, I ask that you kindly play this clip (no need to stare at the crazy clown) but the music will help give a little something to the update.

Courtesy of the Vancouver Sun we had a little altercation between players:

Mitchell ran at Raymond during a drill and, when the speedy sophomore came back at the veteran in the corner, Mitchell punched Raymond in the head and cross-checked him hard on the shoulder.


Someone tell O'Brien he can't pad his PIM lead while practicing with his own team. But wait it gets better:

Centre Mats Sundin, meanwhile, has been reassigned to the checking line. He is practising between Ryan Kesler and Alex Burrows.


That's right folks. His holiness is making his way to the the fourth line. I blame Alanah. 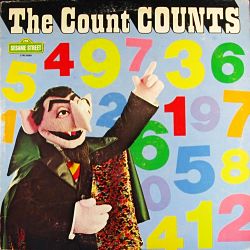 Look out Ottawa; your claim to Canada's joke team of the year is getting some competition from the West coast.

Recapping these Vancouver losses is starting to feel like a priest giving last rites.

In the spirit of efficiency, let's just make a "How to Lose Seven Straight Games" checklist:

There. Now I feel more efficient.

So make that seven straight losses, eight straight at home and nine losses out of the last 11 games. Speaking of that number, Chicago is nine points ahead of Vancouver right now (and a team they play next week). Nine points behind Vancouver is - you probably guessed - dead fucking last in the conference. Only the NY Islanders, the worst team in the entire league, has had a worse last ten games (2-7-1) than Vancouver (1-5-4).

This train wreck simply wouldn't be complete without some quotes. Roberto (the least guilty man in the room) you're up first:

"When you are up 3-1 with five minutes to go in the second period, there’s no way that you should go into the locker-room tied...That’s the second time that has happened here in the last couple of weeks."

"Whatever the confidence level is it’s not hard to play defence. I’ve always said that. We gave them opportunities and they took advantage of it."
When your franchise goalie is on record as saying it's not hard to play defense, well, that should probably tell you something. Especially considering the supposed strength of this team is defense! This is setting up the true kick to the crotch one year from now when Luongo bolts for a team that has its head on straight.

Anyway, back to the situation at hand. Let's hear from the defense:

"The effort is there, the preparation is there, for whatever reason we’re just not getting the results right now," said Bieksa.


It's adorable he thinks the effort is there. Someone get him a tape from last night and Clockwork Orange him please.

And speaking of tying someone down to a chair and forcing them to learn something, let's move on to the big gamer Sundin:

"There is no excuse," Sundin said. "I barely touched his back. The ref was in a good position. I didn't think it was penalty. But I guess when you're in the box and the other team scores you never think it's a penalty."


Ah yes spoken like a true leader Mats: blame the refs. Sure they missed the Ward call, fine. But a team that gives a damn doesn't give up three straight PP goals (see Luongo's quote above) and a big ticket legend like yourself should find better ways to help his team other than to piss and moan and point fingers.

Last, but certainly not least, the man of the hour: Jack Adams-winner Alain Vigneault:

"You know when guys are indifferent and they’re not indifferent...They’re taking this personally and they want to succeed. Nobody in that dressing room is taking this lightly. We understand everybody’s frustration and disappointment, but we’re going to stick very close together and work as hard as we can to get back on the right track."


Inspirational to the very end. I need a tissue. Any last words for the suffering fans who pay your salary Alain?

"I’ve got a firm belief in this group, I believe in these players...Some people might just say that I’m saying that, but I think we’ve got a good team, I think guys intentions are good, I think they want to do well for themselves, for their teammates and the community. Obviously it’s not showing right now, but I don’t doubt for one second their intentions."


Newsflash guy: no one is doubting the men who put their livelihoods on the line every night aren't enjoying themselves. They deserve to play better yes and they definitely deserve a better outcome than what we've seen this month.

We can, however, doubt YOUR intentions. You and your staff are thoroughly incapable to carry out the roles and responsibilities you've been given. You've taken a defensive core that was a cut above the rest and have gotten them to play like the Cleveland Barons. You've (finally!) got two solid forward lines at your whim and yet still line juggle shift to shift. You've managed to transform the Canucks into Luongo's last team: the Panthers, a team that's easy to beat at both ends of the ice and a joke in their own arena.

If this is the best you can do, I'm not impressed. And if there's any merciful light at the end of this tunnel, a certain other Mike out there will feel the exact same way this morning.

Looking forward, I feel bad for anyone who has purchased tickets to Saturday's game. They're going to get crushed.

How about this - earlier this year Battle of California proposed merging the Kings and Canucks into one super NHL team. Scratch the Kings, let's just merge with Ottawa and have one super sucky Canadian team! Sundin, Heatley, Spezza, the Sedins up front with Luongo in the back? And we'd get access to Ruutu, Shannon and Isbister again!

Admit it, you sort of like that how that sounded for a second. Sadly, even if it could happen, Vigneault would still find a way to mess it up.

So instead I'll sign off with this: since Toronto is so big on our scraps, why not send Nonis back his precious coach and we'll take Ron Wilson in return. We'll even send Sundin along with him just in time for the trade deadline so the Leafs can finally trade him and get the draft picks they never received for him last year.