Share All sharing options for: Scoreboard watching on Tuesday night 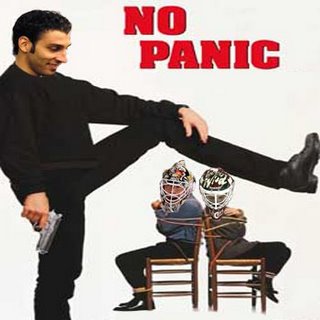 The Canucks can find themselves out of a playoff spot before they even play Nashville on Wednesday if:

-Minnesota beats Toronto on Tuesday night and the Ducks beat the Coyotes or lose in overtime. That would tie the Wild with Vancouver at 51 points with a game in hand. The Ducks would be 2 points ahead with a win or 1 point ahead with the OT loss.
So you had better cheer for the Leafs and Coyotes on Tuesday night, or pray to the Almighty. Whatever floats your boat. C'mon...you can do it. It's for a good cause.

MORE ON THE CANUCKS

Alain Vigneault put the Nucks through somewhat of a rigorous practice on Monday, seeing that none of the guys played except for Luongo. Some of the guys were in Hawaii. Mats Sundin spent some time in Whistler with his fiancee. He didn't skate but worked out.
AV talked about Mats yesterday:

"Obviously this was probably a challenging moment in his career coming in midway through the season," Vigneault said. "He’s been getting better every day, Today he stepped on the ice and I thought that’s the best he’s looked skating-wise and hands-wise.

"He is a key to our success obviously. He’s a big component and we need him to play well and I think he’s going to rise to the occasion."

Damned rights he will.

-Pavol Demitra is questionable for Wednesday's game with a sore groin.