Share All sharing options for: Canucks-Predators Preview: Updated all day 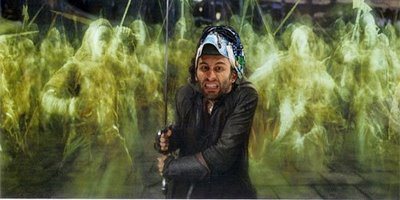 I think Elliot Papp from the Vancouver Sun summed up all of our thoughts on the potential post-All Star Break Canucks squad storyline:

Mats Sundin is here. The all-star break is over. Roberto Luongo is back. The schedule isn't bad. The Canucks are almost completely healthy. I don't know about you but I can't find one itty-bitty excuse for this team if it continues its follies of the previous three weeks. The Canucks found every conceivable way in which to lose a game in the last six -- fall behind, catch up and then lose; fall behind and never catch up; take the lead and blow it; lose in regular time; lose in overtime; lose in a shootout. They lost to lousy road teams, lousy power-play teams, teams without their No. 1 goalie, teams with a rookie goalie and teams who pulled their goalie in the last minute. Hands up anyone out there who thought the Canucks would hang on and beat the Sharks last Tuesday. Maybe you hoped but did you really believe??

Let me answer the last 2 questions: I DID think the Canucks would hang on and beat the Sharks 1-0 in regulation and YES I really believed that. It was a game that saw an improved team effort. I've seen them play that kind of 'shutdown' hockey before and I was getting deja-vu.

UPDATE 1
So nearly the worst case scenario happened last night. The Blue Jackets, Wild, Ducks and even the Stars all won their games. That drops the Canucks down to 10th spot in the West I believe. My initial reaction is that this is almost like seeing Cameron Diaz with and then without makeup. But then I settled down and realized that the gap between the Canucks and 5th spot is not as big as Diaz's mouth.
The Canucks will need to start winning right away. This is going to be a battle, and the team seems ready for it.
I was reading somewhere that (the writer feels) that Alain Vigneault may bring back the trap, which is a method that has worked in the past. You saw it against the Sharks and it almost worked. I hope AV does do just that. The players can learn to play defence again and then open up. This team was drawing too many comparisons to the Leafs before the game against San Jose. That isn't a good thing.

UPDATE 2
The Canucks have beat the Predators 3 out of 3 games this season, outscoring them 9-2 in the process.

-The Preds have lost 4 of their last 5 games and only scored 8 goals in the process. They are in the NHL basement in goals for per game.

At Tuesday’s practice, Mats Sundin didn’t tag along behind Daniel and Henrik Sedin on the first power play, but confidently ran a second unit. The day before, Sundin not only survived the practice-ending conditioning skate, but led it. He had terrific scoring chances the last two games and finished one of them.

It's almost time for Sundin to contribute offensively at a more consistent rate. His time is near.

UPDATE 4: Watch out for Steve Sullivan
From Canucks.com:

Prior to suiting up for his first game of the season on January 10th against the Blackhawks, the 34-year old had not played a game since February 22, 2007 against the Montreal Canadiens when he suffered a back injury that kept him out for 687 days until his recent triumphant return to the lineup. He became only the third player in the post-World War II NHL history to miss over 600 days and then return to action – Jim Peplinski of the Calgary Flames and Mario Lemieux of the Pittsburgh Penguins being the others. Sharks forward Claude Lemieux has since become the fourth player to join that list.

Stevie is not to be underestimated. He is going to light it up at any moment. I hope it's not against the Canucks...

UPDATE 5: Play that funky music
I'm going to try something new for this site. Earlier in the season, I'd have the old Canucks intro tune (U2's Where the Streets Have No Name) playing pre game in the background on this site. From this point forward, if the Canucks win a game I'll post a song right after my post game post gets posted (you dig what I'm sayin'?)
I won't say what tune it is, but it is synonymous with the Canucks. The tune will be turned off sometime around lunch the following day so you don't get too damned annoyed.

UPDATE 6: Flame-out
The Canucks' journey to a playoff spot in the final 34 games in 2-fold. Yes, they have to stay ahead of the clusterf**k in the middle of the West. But they also need to keep pace with the Flames. Yeah, they are 9 points ahead of Vancouver right now but that gap can be closed very quickly if the Flames lose a few and we win a few. In my opinion, I don't see the Flames continuing on at their current torrid pace long term.
It's funny how all the media caught on today to Vancouver dropping to 10th spot last night. Kinda late on that one, boys and girls. Tonight's game is not a must win in general, but it is in the fact that the media is going to hop all over them for losing now that they are in 10th. The team doesn't necessarily need that kind of pressure put on them. Sometimes I wish they were even further down in the standings so that the media would leave them alone or write them off. That would take away some of the spotlight and pressure.
At the same time, these guys are paid to deal with pressure.