Share All sharing options for: All eyes on Sundin but more should be on futile Demitra *UPDATE* Demo-tion 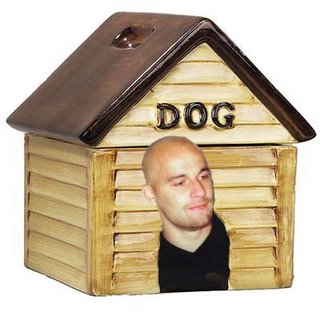 It's true. Sundin is the Saviour of the town right now and everyone is watching him get back into game shape with a microscope.
Meanwhile there is a $4 million star player on our roster who is underachieving. Pavol Demitra has shown signs of becoming an offensive force in Vancouver only to completely disappear games later.
First off, let me go back in time to November 16, 2008. I had been hating on Demitra, well not only my whole life, but even more when Mike Gillis signed him. I didn't like how injury prone he was and I questioned his desire and passion for the game. At that time Demitra had just returned to action after missing a few weeks with a rib injury. So my anger towards his fragiliy had heightened. One blogger who I shall not name had been giving me a hard time about my Demo-bashing. So I made an oath to him when Pavol returned:

Ah man, Demitra is synonymous (sp) with *unnamed blogger*. It was great to see him break out with 3 assists in his return. But no worship from me. You see, on 2 of those points it was Wellwood that was starting or finishing the plays. So Woody made him look good. haha
If Demitra stays healthy for minimum 20 consecutive games and puts up 18+ points in that span starting NOW, then I will put him in the header on this site for 2 weeks. Each day of those 2 weeks I will post one nice thing about Pavol. Only him. And it would suck to have to do that....

I had forgotten about that promise. Pavol has played in 28 straight games since returning from that rib injury.
In the 20 games he played after his return, he scored 8 goals and 7 assists for 15 points. Alas, Demitra never deserved to be in the Waiting For Stanley header. In the 28 games since his return, Demo has 10 goals and 10 assists, along with 67 shots on goal. Huh. Semi-impressive.