Share All sharing options for: Sundin's first team practice and press conference at 12:00 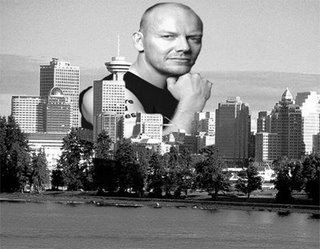 Let me just guess that we won't hear much new news out of Sundin. Media will ask who he'll play with and Sundin will say something about it being Vigneault's decision. They will ask when he'll play his first game and he'll say something about when he's in proper game shape and whenever Alain Vigneault allows him to step in.
He'll say he likes the city of Vancouver and then repeat what he has said before about why he signed here: offer was on the table July 1, Gillis was patient, he likes the team's direction..etc.

OK, Sundin has just sat down...

- it's a different feeling practicing here. Nice to be back on the ice. A great day today.
- first impression? Loves Vancouver as a city. Seems to be a really great group of guys. Feels welcome.
- uhhhhhhhhh uhhhhhhhhhhhhhh
- repeats why he wanted to resume his career. Wanted to compete against the best players in the world.
- Doesn't underestimate the issue of a player arriving midseason. He looks at himself as a guy who has arrived at training camp in shape, but needs practice on the ice. It will be up to the coaches for when he plays. The challenge for him is to get into game shape.
- what's his passion to play right now? It sounds early for Mats to play right now. He likes his conditioning, but that's off-ice conditioning. He waants to make sure he plays when he is ready to do what he can do out there.
Mats feels as good as ever condition-wise, especially over the past couple years.
- Told Brown he could play with the #15, but the Canucks made that decision before he got here. He's not fussy about the #13.
- Sundin thinks Canucks match Detroit. He thinks the Canucks can be competitive in the playoffs.
- What does Mats like about us? Talked with Gillis in July about what the management was going to do with the team. Team said hw Mats would fit in with them.
- Sundin will not join the team on the road trip. He will stay here and work out.
- Surprised by the cameras and attention? Yes.
- Has not talked to Vigneault about what role he'll play. Will play whatever is asked of him
***I got cut off from the stream here**
- Back again.
- Most important thing is Canucks secure a playoff spot, Sundin says.
- 1 year deal....why? It felt fair for him and to the canucks to sign for 1 year. Canucks will evaluate his performance after the season as will he.
- Sundin says his groin feels great, but he'll use the practice time to work on that stuff further with the twists and turns of aggressive play and all.
- Sundin is glad he doesn't have to play against Luongo anymore. Mentioned how the Leafs have had troubles against the Canucks.
- Sundin hoping he will not be a distraction. He said that after today everything should be back to normal and back to business.

So there you have it. TSN has some video footage here. It could be 2 weeks before Sundin plays, at the most I'd say. That's ok though. Better that he doesn't jump in prematurely and underachieve.
In a sense I can see why he wants to stay in Vancouver to practice, but I'm torn. He perhaps should be joining the team on the road trip to bond with the boys. At the same time the Canucks play back-to-back road games January 1 and 2 against the Predators and Thrashers and then return home again. What the hell kind of schedule is that? There would be limited practice time for Sundin there.
But they will play 9 games of 10 at home from January 9 to February 7. Wow. Bonus! I think that you can expect Sundin to start playing somewhere in there.

Vigneault said today that Sundin won't play until at least next Wednesday against the Oilers. 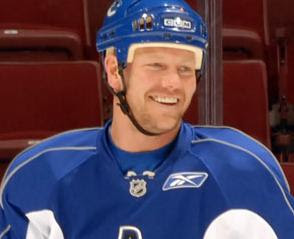 I caught the Canucks practice with Sundin at 10:30 this morning via Canucks.com. The cameras focussed solely on the big Swede. The drills were boring for the most part. Sundin would chat briefly with a few teammates like Wellwood, Bieksa and Raymond. But it was business as usual.
You could see Mats' quick strides and his magic hands at some points. He can put the puck off the crossbar and in at will.
After the practice he signed some autographs for fans lined up along the hallway to the dressing room and that was it.
Press conference is coming up shortly. It will be streamed live at Canucks.com. I'll try cover that as closely as possible.

By the way: Roberto Luongo skated for 10:00 today before the other players came out. And that was it. Ryan Johnson joined him for that brief stint on the ice.