Sundin signs with the Canucks!

Share All sharing options for: Sundin signs with the Canucks! 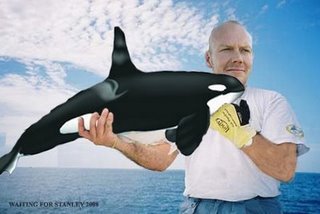 "I am truly excited to be joining the Canucks," said Sundin in a team statement. "Once I made the decision to return to play a few weeks ago, the Vancouver opportunity was simply the best overall fit. I want to thank Mike Gillis and the entire Canucks organization for their professionalism throughout this entire process."

I am in shock.

"We are very excited to have Mats join the Vancouver Canucks," said general manager Mike Gillis. "Playing previously in two Canadian markets and consistently being among team and League leaders in scoring, Mats has proven that he can excel under pressure. He adds a wealth of experience, leadership and skill to the Canucks."

I can't believe it. This is the best free agent to sign here in a long long time.
It is believed that Sundin will sign the 2-year $20 million offer sheet. Holy hell. Christmas just came early. Forget the new socks, ma! We got Mats Sundin!!! Woooooooooooooooooooooooooo!

I'll have more on this later, including player comments, fan comments, Larry Brooks mockery, Rangers fans mockery, etc.
I will say this...
I really love our depth at center right now. Hank - Sundin - Kesler - Johnson. Wow.
Does this deal make us contenders? Absolutely. Mats is going to have to stay healthy though. Last thing we need is him getting injured 2 weeks after he signs. Then again... we were already 18-11-3 without him.
Good god. Somebody pinch me. I'm dreaming.
Wait ma....I'll take Mats Sundin socks and a new Sundin Canucks jersey! Wooo!

No word or post from Larry Brooks yet. Know why? Because it's pretty tough to type a post while you're crying and sucking your thumb hiding under the blankets with the damned lights off!
When was the last time the Canucks pried a high quality UFA away from the Rangers???
Once again...this new cap world is gold. The Rangers obviously couldn't free up enough money for Mats.

-Mike Gillis just said at the press conference that it is a 1-year deal. He said that Sundin liked how the Canucks were playing, and that he didn't want to be a disruption to the team's play in any way. Sundin will be in Vancouver on the 27th.
-Sundin will practice with the team and will play when he's ready. Gillis said that the situation will be treated like an injured player coming back.
-Sundin liked the team's focus on playing aggressively and winning.
-Gillis said it's so satisfying to have a player of Sundin's magnitude wanting to be a part of this team.
(As a side note, this will play some form of role in the contract negotiations of the Sedins, Ohlund and Raymond. That talk will now be forefront I think. However, the Canucks are in a "win-now" situation There is now a definite advantage of having a former agent as a GM, especially here in Vancouver where we've had a hard time attracting players of Mats' caliber.)
-Sundin told Gillis that this is the best he has felt mentally and physically in 10 years.
-Gillis described Sundin as a dominant player who can take over a game. (It's true.)
-Gillis is not foreseeing any other changes being made, but said "you never know what can happen down the road"

(The Sedins were already having some pressure taken off of them with other players contributing offensively. Just think of how much more pressure is off their backs with Sundin on the team...crazy.)