Report: Sundin is waiting for Rangers to clear cap space **UPDATE** Sportsnet: Decision by Friday-*edit*:believe nothing you read or hear

Share All sharing options for: Report: Sundin is waiting for Rangers to clear cap space **UPDATE** Sportsnet: Decision by Friday-*edit*:believe nothing you read or hear 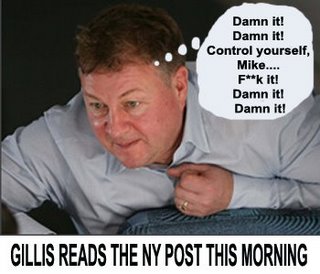 From our "fave" reporter from the New York Post:

Mats Sundin is waiting for the Rangers to clear enough cap space to present him with a full-season $6 million contract offer before he commits to joining the BlueshirtsNew York Rangers , The Post has learned.

Thus, with the NHL holiday roster freeze going into effect Friday night at midnight and lasting through midnight Dec. 27, Sundin - who has a $10M offer on the table from the Canucks that he obviously is in no hurry to accept - is likely to remain unsigned until late in the month.

The 37-year-old former Toronto captain had recently established Friday as his target date for committing to one of the two finalists bidding for him, but unless Rangers GM Glen Sather can engineer multiple moves within the next day, that soft deadline will not be met.

J.P. Barry, Sundin's North American representative, said yesterday that Sundin might accept a conditional offer from the Rangers, but that is nonsense.

Yeah, I believe this story actually. It's like one fan said, that basically the Rangers will make up his mind for him. They will clear the cap space to offer Sundin what he wants or they won't.

Heard this shiz before. Not holding my breath.