Forsberg to Rangers? Naslund hopes so.

Share All sharing options for: Forsberg to Rangers? Naslund hopes so. 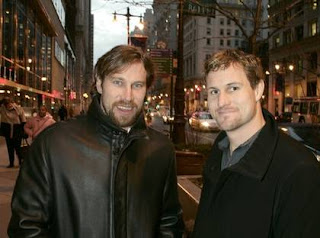 Ok, I know some papers are starting to hype Forsberg already and that perhaps he will make an early return. But let's be realistic here. Forsberg is nowhere close to returning to play in the NHL. He has already said he would like to play for Colorado. And bottom line? The guy is made of glass like a certain Canucks player that we are accustomed to seeing being injured.
This is BS news at this point and it will be for months. Yes Naslund wants him in New York. Yes, Naslund wanted him in Vancouver. I'm not going to buy into a Forsberg return until his his foot heals, which may not happen at all. So dream on, New York. And dream on, Naslund. This is not news. Mats Sundin signing with the Canucks is news. Forsberg returning to the NHL is, well, a broken record.