Share All sharing options for: Sundin sells his mansion in Toronto / Shanahan may find a home soon 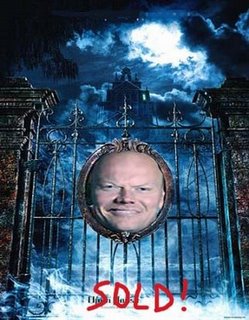 Of course people are taking this as Sundin will not play for the Leafs again. Maybe that is justifiable. But that house has been on the market for quite a while apparently (May 2006). Sundin bought the mansion in 2003 for $1.7 million, renovated the bloody hell out of it, and sold it for $5.7 million.
Of course, the article/news sparked a lot of Sundin bashing by Leafs fans, as they are saying 'goodbye and good riddance', but it reeks of bitterness.
Word is that Sundin is practicing, but that's about it. Big surprise.


Brendan Shanahan's agent Rick Curran is suggesting that Shanny may be signed by a team by the end of the week. Most people say the Flyers are front-runners, but the Blackhawks, Penguins, Blues and Devils are also reportedly showing interest.
Personally, I'd like to see him play in Chicago. But if there were 2 teams that really need a kickstart right now it would be the Flyers and Blues. I'm definitely no capologist, but it seems that if any of the above teams would acquire Shanahan, they may have to make a roster adjustment or two to stay under the cap.