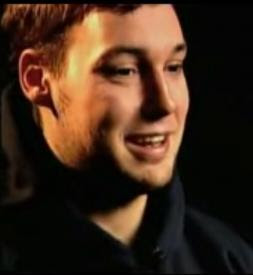 I'm only going to say this once (hopefully). We all know what Wellwood did and didn't do as far as his conditioning goes prior to the season starting. We all know the various reasons for that (injuries, motivation). But when a guy steps back into the lineup and does what he has been doing over the past few weeks then it's time to let the past go. Temujin was at the Minny game and saw a fan with a sign that said Well Fed. On forums, people keep throwing out the fat jokes. Sure, I made a Wellwood photoshop when the conditioning issue was at it's climax, so I am to blame as well.
But let me tell you something about Wellwood: he's a down-to-earth and honest man. Do you see him hiding in the shadows avoiding the conditioning issue when the hoards of media idiots repeatedly ask him about it? Not at all. In fact, Wellwood takes the abuse like a man and owns up to it. That is more than I can say than most pundits/players out there that were hacking him then and are doing so now still.
I'm not really big into hacking into people's personal lives. Sure, they are celebrities and so they are under a microsope, but at some point here, I want to see Wellwood get angry and say: "You know what? I've talked this fucking issue to death and I'm done talking about it. I am moving forward. Ask me something else for christ's sakes!" Moving forward. That is something that we should be doing as well. Are we hacking Ethan Moreau for his hit and run incident this past summer? No.
Everybody has their flaws. Most people belittle others to feel better about their own pathetic selves (I've been guilty of it too.) It's a sad and cruel fucking world we live in.
To simplify this Wellwood matter, he's here, he's playing very well and working his ass off to succeed, he's never been happier playing here, so how about we back the fuck down on this weight issue and make him feel at home? Let's not be a pathetic hockey city that acts this cruel about a person's personal life. On-ice antics? Well that's a different story. We scrutinize that. But is there any bashing on Woody's play? I'm liking it.
So if you show up at a game with a derrogatory sign like "Well Fed" or "Hey Wellwood McDonalds is the other way", you may be a funny character, but you're also a pathetic, gutless, cowardly shitbag.
End of fucking story.
It's up to Kyle to consistently be in game shape and what not. We'll see if he's for real this time. I'm backing him 100%.

That all being said, let's get to know the Kyle Wellwood away from this weight issue and put a human being behind all this mockery, shall we?

Wellwood was as honest as possible with everything including his father's mental illness on CBC's After Hours last Saturday. If you have not seen them yet, here are the links:

This link should take you to all 3 segments, as the poster put it into 3 parts due to length.

Canucks.com has a new clip up about a spotlight on Wellwood.

Wellwood compilation from his days as a Leaf:

Wellwood is a gamer, who loves Halo.

Wellwood goes 1-on-1 with a serious gamer to play NHL 2K8.

Catching up with Stajan and Wellwood. Wellwood is the 2nd half of that segment. Worth a look. Woody likes hip hop? Ah man. Used to have a bunch of Mariah Carey CD's? Oh say it ain't so!