Share All sharing options for: Hitting The Shark Tank & Dousing The Flames

Your faithful jackass writer has been away for a few days out in the better PST time zone hanging with family in San Francisco. It also means the treat of watching three Vancouver games without staying up all night long.

Also since I've never been to the Shark tank before I jumped at the chance to watch the Sharks/Blackhawks last night. Have you ever realized how nice it is to go to a game that you have no interest in who wins and just watch hockey being played?

But the Sharks/Hawks was a great game. San Jose just dominated them in the opening period, rattling off 12 shots to the Hawk's 2. Campbell got boo'ed every second he was near the puck, somewhat odd for a rental player but whatever. The Hawks kids came back and played a far better second and controlled much of the third. Thornton's OT goal was a thing of beauty and the sellout crowd had a great response. All in all, it was a fantastic game with a truckload of eye-poping talent on both ends.

Though I have one poor note for Sharks fans: that whole 'chomping' arm movement thing you do when your team goes on the man advantage? It's really stupid. Just sharing an outsiders opinion my friends.

And a segue for tonight's game, as I waited in the airport to come out here I struck up a conversation with a guy who had an obvious Canadian accent. A few drinks in I learned he was a lifelong Habs fan but lives in Calgary now. We traded some insults back and forth once he found out about my Vancouver leanings but we made peace when discussing the mutual hatred of the Oilers. 'tis the season.

And the Flames we play tonight are different from the ones we spanked on opening night. Though it's still early in the season, we still have a five point lead on the Flames right now so taking this home and home would make life pretty hellish for our friends in Alberta. Also it would appear these two teams don't care for each other.

To quench your schadenfreude thirst, Five Hole Fanatics has this description of Bertuzzi's ES struggles after their win over the Kings a few nights ago:

Bertuzzi is Mr.Burns; he's going to bury alive those unfortunates who are stuck with him. Last night, it was Langkow and Boyd. And I think that's how this merry-go-round is going to proceed all season. A never-ending quest to find ways to conceal the big man at even-strength. Searching for the best method to minimize the damage. Which means one of the big guns is going to be crammed in the coffin with him: for awhile it was Jarome, but the cruel hand of Keenan might just settle on Langkow after this.


Bertuzzi was both good and bad in the second game of the season against the Canucks, helping give the Flames an early lead (with a goal off his ass) but then took some awful penalties in the third period as he's wont to do. Not that I reveal in the poor play of Bertuzzi, but I am in passionate love (think Christina Ricci on your doorstep nude with a big bow on her head) with his overall influence/impact on the team and that it's happening with Keenan and Sutter at the helm. Bitches.

Our PK takes a hit with Johnson going down for a month, but the blueline gets a boost with the return of Beeeska tonight. Perhaps he'll stick around for a few weeks before his next injury.

A key question for the Flames is what netminder will be in for Vancouver? I tend to think it'll be Sanford as he's been strong in three straight victories and that would allow Schneider to play the other end of the home and home. If it's Sanford the Flames don't really know him so they'll take the Detroit stance of "our game doesn't change."

Should be a good rough game as we'd all expect. Go get 'em guys. 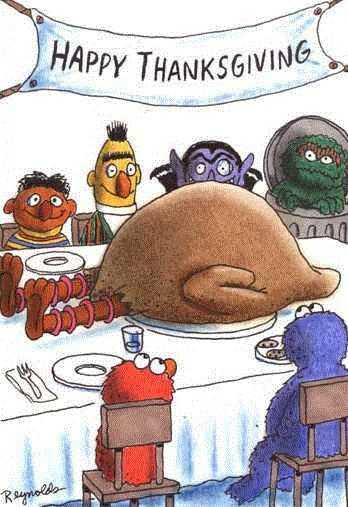 And have a great holiday to those dining like there's no third world out there tonight (it's cool, I'll be doing the same). Love the sinner, hate the sin.