Share All sharing options for: Going to the Canucks - Red Wings game! 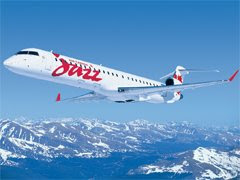 Temujin and I will be flying to Vancouver tomorrow (if we don't get snowed in), hitting the Shark Club, and then catching the Canucks and Wings live. I can't wait. The last 2 games I've watched live were against Calgary. I'm tired of the Lames. So the Wings will be a great change, plus there will be a great atmosphere in GM Place as well.
So how will the Canucks measure up to Detroit minus Luongo? As I have said repeatedly, there is something unique about the way the team is playing in general but also around Curtis Sanford. Why would anyone even ask if Cory Schneider gets the start tomorrow? Not a chance. Sanford is the temporary #1.
A parade to the penalty box for the Canucks could spell impending doom. The Wings are tops in the NHL at a 32.9% accuracy. The Canucks are 17th. Both teams are about equal as far as penalty killing goes and are in the middle of the NHL pack.
The Wings have scored an average of 3.74 goals per game. That also is #1 in the NHL. The Canucks are 8th overall at 3.10.
It's best if the Canucks stay disciplined and play more 5-on-5, where they are better than Detroit.
I have been impressed with our d-men. They held Crosby and Malkin off the scoresheet last game, so they could do the same with Datsyuk and Zetterberg. The big problem there is that Detroit has so many weapons on offence that it's going to take a huge effort to succeed.
I haven't seen the Canucks lose at GM Place since about 1996 against the Rangers. That night, Messier and Kovalev skated circles around us.
Hopefully my good streak can continue. I believe the Canucks are 4-1 when I have watched them live. No, I'm not superstitious.

I'll have the post game from the Canucks-Wings on Tuesday night. It will be late because I'm not taking my laptop with me and won't be around a computer until then.