Ducks' GM Burke to be replaced by Bob Murray

Share All sharing options for: Ducks' GM Burke to be replaced by Bob Murray 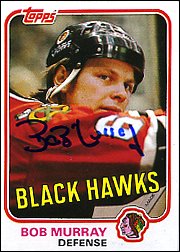 A commenter at Sportsnet said it best by providing a link to a story about massive speculation that Brian Burke would become the next Leafs' GM. The following is what Burke said back in January:

"I have no intention of going anywhere else," says Burke. "I've said this repeatedly to anyone who will listen.

"I'm not sure which part of it I'm not saying in English."

The Toronto job would be great, he said, but he and his wife are happy in California.

"We really love it in Anaheim," Burke said. "We work for special people there. We want to stay."

So what gives? It's too early to say. Burke may just stay in California and take a different job for all we know. But if he heads to Toronto, then you will know how much lip service this guy gives.

**UPDATE**
Aha! Bullshit it is! Burke is heading East at some point. He wants to be in the same time zone as a couple of his kids.
Richard Peddie says in the clip that he is surprised by Burke's move. Yeah right.

According to TSN's sources:

Burke will remain in a senior advisory capacity with the Ducks for now but that the final word on any hockey operations decisions in Anaheim will be made by Murray. Sources say Burke will, in this advisory capacity, have the ability to freely negotiate future employment opportunities as a GM in the NHL.

The press conference is coming up in a few minutes. The link to the stream is here. I can't wait to hear Burke get riled up during or afterwards if the media asks 'certain' questions. Those should happen later on today.

Bob Murray used to be a Professional Scout for the Canucks from 1999-2005 under who? Brian Burke. Murray has an a fair bit of managerial experience.
But Murray is better known to Blackhawks fans. He spent 25 years in that organization as a player, assistant GM and GM (1997-99). More Murray info can be found here.