Canucks have not had much success against the Wild lately

Share All sharing options for: Canucks have not had much success against the Wild lately 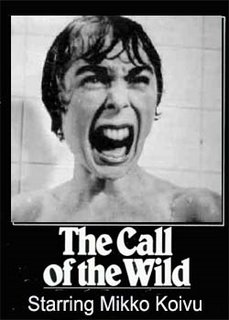 Not exactly stats that invoke positivity. How about the Wild being 21-13-11 lifetime against the Canucks? Blame Cloutier right? Not really. But this is a new Canucks team and this is a new year. The Canucks have proven this season that they can beat teams any way they like (and lose in the same manner).
We saw a tighter defensive style against the Coyotes and Kings that had been lacking for most of the earlier part of the season, and I would imagine they will continue that type of effort tonight.
Luongo has been getting better and better, yet he attributes a lot of his recent success to the team committing more to defence, as this clip shows. Luongo stated recently:

"That’s the identity of our team, we’ve always been good defensively. The fact we’ve been able to score more goals this year is an added bonus. But just because we’ve scored more doesn’t mean we have a different identity. We always took pride in our defensive play and that’s where we are."

Good. Keep pounding that into their heads, captain.

It's strange that this will be the first time we play the Wild over 14 games in. Bless the new schedule. Is this a true test of how well we match up against Minnesota? Not really. The Wild have some serious injury issues. Brent Burns, Owen Nolan and Marian Gaborik are on the IR. Good! Despite these absences, guys like Mikko Koivu (2 goals and 15 points in 12 games), Antti Miettinen (6 goals and 12 points in 12 games) and Andrew Brunette (5 goals and 9 points in 12 games) are stepping up to the plate and contributing. More Wild stats here.
This is the final game of a 4-game road trip for the Wild. Minnesota won their last game 3-1 over the Avalanche two nights ago. But who isn't beating the Avs these days?
The Wild have 2 wins and 3 losses in their last 5. The Canucks are 4-1-0.

So, I'll take a "don't take stupid penalties" sandwich with "score the first goal" fries on the side please. The Canucks play 5th best in the NHL 5 on 5 as far as goals for and against goes.

I think we can win this one. We are at home, the Wild should be a bit road weary, and Luongo is red hot. 3-2 in a shootout is my guess.

-Demitra is skating again but taking it easy I would assume. Fracturing ribs sucks and takes about a month to heal as long as you don't aggravate the problem. For once, I can say that it's too bad Demitra isn't playing tonight. I'd like to see how he'd respond playing against his former team.
-Jannik Hansen may play tonight. His groin never felt better (hey Larschied?)
-Does Woody have any magic left? Of course he does!

My good friend Temujin is at the game tonight. He is quite gun-shy about going to Nucks games because I believe they have only won ONCE in the 7 or 8 games he's been to. Is Jin a curse? He will feel like he is if we lose tonight.

If Calgary loses to Columbus and we beat the Wild in regulation, we take the top spot in the Northwest tonight. It's a great day for hockey!