Canucks' D a bit banged up and sick heading into Pittsburgh

Share All sharing options for: Canucks' D a bit banged up and sick heading into Pittsburgh 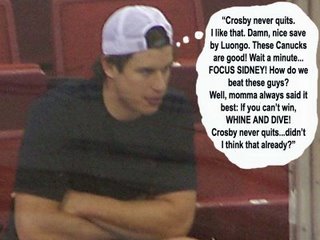 I think it's fair to say that we shouldn't be overly surprised when we hear that one or more of our defencemen is hurt. Kevin Bieksa remains on the healing shelf with a fractured foot.
I don't know if the Canucks' defencemen were sharing beer glasses with Alex Edler in New York, but now Willie Mitchell and Sami Salo are sick. Glass Salo is also suffering from a hamstring injury and has returned to Vancouver. Big surprise. But hey, have no fear! If Mitchell can't play against the Penguins in the late morning the mighty Nolan Baumgartner will. Nolan is a reliable guy. I like the play of Lawrence Nycholat as well in recent games.
The Penguins and Canucks are both red hot at the moment. The Penguins have won 7 of their last 8 games. The Canucks have won 6 of their last 8.
Vancouver has silenced the critics like myself who questioned their ability on the road. Where they struggled on their early season insane road trip (2 wins and 4 losses) they have excelled on their current trip (2 wins 1 loss). This Canucks team is coming into its own now. Demitra looks cozy with the Sedins, Wellwood continues his creativity with Bernier and Pylon/Raymond, and of course there is the always-threatening Burrows-Kesler-Hansen line.
Luongo is in a zone.
The defence is pretty steady.
But the team defence is going to have to be there against the Pens. I hate watching the Penguins steal the puck and race up the ice the other way. Deadly offensive weapons. We can't match up to the Pens in a wide open tilt IMO.
-Surprisingly, the Canucks and Penguins have the same goals-per-game average of 3.10. 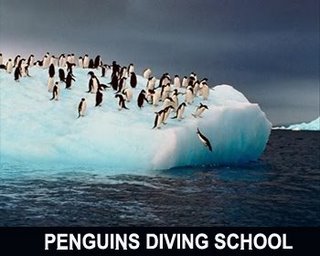 -The Canucks have the edge on the Pens in goals against per game and sit at 4th best in the NHL. Luongo's shutout streak didn't hurt that!
-The Canucks are 2nd best in the NHL 5-on-5 (Boston is first) while the Penguins are 8th best.
-I thought the Penguins' power play would be better this year, but it sits at 14th, while the Canucks are 18th.
-Penalty kill efficiency: advantage Pittsburgh
-Shots per game average: advantage Pittsburgh...barely
-Shots against per game average: a tie.

Crosby and Malkin are both in the top 10 in League scoring. Is it possible that Malkin could win the Art Ross trophy this year? He already has 31 points in 19 games. Sick.
Where I once thought Miro Satan was a bad acquisition by the Penguins, especially after his slow start to the year, he has been heating up lately, and now has 9 goals and 16 points in 19 games.

The Nucks will most likely see 2 familiar faces on the Penguins team. Matt Cooke and Dany Sabourin. It appears Sabourin (who has drawn praise from his coach) will start because Fleury didn't practice on Friday and is doubtful with an undisclosed injury. I hope we expose Sabs. He is the enemy now.

Do the Canucks have any more road game pizazz left in the tank? Should be a great game, but remember, it's on early.

Did I ever tell you that I hate the Penguins more than any other team? That Mario Lemieux, Tom Barrasso, Ulfie Samuelsson and Larry Murphy are some of my least favorite players of all time? I hope we beat these turds.