The Canucks have called up the skilled forward from Manitoba and he has surprisingly cleared re-entry waivers. I didn't think he'd go un-claimed. In 10 games with the Moose this season, Ouellet has 4 goals and 10 points. What's not to like? He is leading the team in points.
So does that mean that Jason Krog is out of the Canucks' lineup tonight? Krog was replacing the injured Jannik Hansen last game. **UPDATE** He has been sent down to Manitoba as per TSN.** Maybe Mike Brown sits? I don't think the Canucks have lost anyone else have they? Doubt it. 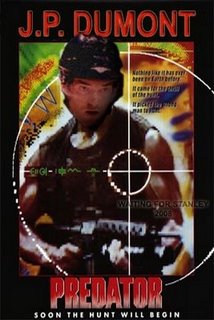 On to tonight's game against the Predators.
A disturbing stat from Canucks.com:

Is that sick or what? What in the blue hell is going on here? Answers:
1. New personnel on the ice
2. New personnel behind the bench
3. Roberto Luongo is not up to his dominant form yet

As for the Predators, they are not to be underestimated. When JP Dumont bolted from the Sabres for a huge raise I thought he'd turn into a shitbag. Well he's the opposite. JP has 2 goals and 14 points in 11 games so far, leading the team. Since he joined the Preds a few years ago, his stats have steadily increased from his years in Buffalo, and each season has been a career year for him.He has no PP goals yet this season. He scored 7 last year, 5 the year before, and 9 the year before that. Hell, the way the Canucks kill penalties, JP could break out in scoring tonight.
-And how about Shea Weber? The defenceman has 5 goals and 12 points in 11 games. Don't think he won't be jumping in on the rush all night.
-Smithers' own Dan Hamhuis seems to be struggling in the stats category with only 3 assists and a -5 in 11 games so far.

The Preds are coming off 2 wins against Florida on the 1st and Edmonton on October 30th. They allowed only 3 goals in that span and scored 6. Should we be afraid? Yes and no. It's hard to say really. As has been the theme of the year so far: which Canucks team shows up tonight? If you're a betting man, I'd take Nashville to win tonight, especially considering how the Canucks perform after emotional games against teams like Detroit for example. But you never know. I don't think the Canucks want to fall too far below 500 either, they lost their last game and do have home ice advantage, if that means anything. Maybe another positive for Canucks fans? Check out the Preds' goalie stats. Not that impressive.
OK, so flip a quarter to pick the winner. Fuck it.

Go Canucks! And go Michel Ouellet! This guy could raise a few eyebrows. He may look like a Matt Cooke with better hands.

In the meantime...
A CANUCKS MOVIE???