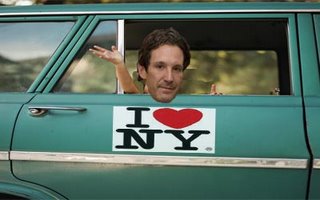 Brendan Shanahan has lost patience with the Rangers. He has been waiting for Glen Sather to do something to give the Rangers some cap space to sign him. He has been skating daily and staying in shape. But today he has pulled the plug on any chance of returning to Broadway.
From the NY Times:

"I've told Rick [Curran] that I can no longer wait and that it's time to move on," Shanahan, referring to his agent, told The Post this afternoon. "Until now, Rick has been under instructions to tell inquiring teams that my focus was on re-signing with the RangersNew York Rangers , and that I was not accepting any other offers."

"I honestly don't know what to expect as a free agent right now; for me, this is my July 1," Shanahan said. "Physically I feel great. I don't think it will take very long for me to be back, but I don't know where and when.

"I am disappointed that I'm not going to be here, but I'm not bitter at all. I believe Glen was always being honest with me. It just didn't work out. I'm sure it's going to, but it's going to be somewhere else.

"I'm looking forward to getting on the ice and playing."

Like the article states, Shanahan will turn 40 in January. He has slowed no doubt, but he is far from dead. He scored 23 goals and 46 points in 73 games last season. He scored 29 goals and 62 points in 67 games the previous year. The year before that he scored 40 goals and 81 points in 82 games as a Red Wing. Uh-oh, there is a serious 3 year decline there. Hell, I'd take him in Vancouver as the 3rd Sedin. Perfect guy for the job....sniper.
But I'm pretty sure Gillis is still waiting on Sundin. Maybe that's what Glen Sather is doing as well.