Wellwood still not in game shape

Share All sharing options for: Wellwood still not in game shape 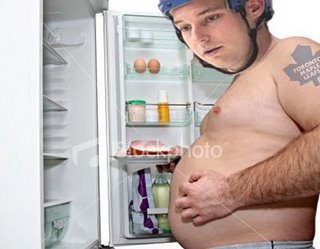 I go on a 2-day road trip and then the bad news starts coming out of Vancouver.
How hard is Wellwood going to work to get an NHL job? The Canucks have taken a chance on him and so far he hasn't gotten to the fitness level required.

"I talked to Kyle this morning," Alain Vigneault said. "He is going to be re-tested after the first four (pre-season) games. I understand the fact he was injured and is sort of playing himself into shape and as long as we see improvements and consistent improvement we'll work with him and give him the benefit of the doubt. The day that stops, it stops."

God dammit, Wellwood get your shit together!
Thanks Mike for the link (I think). Stop laughing, man! Wellwood is good! (oh crap)
I'm a fan of Wellwood. I saw what he could do a couple of years back. He is one creative S.O.B. But is his lack of preparedness going to cost him his NHL career?
The rest of this unfortunate story can be found here.