Share All sharing options for: Schneider clears waivers and what that means / Marcus Nilson put on waivers 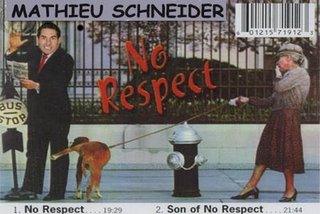 No takers. No love.
Now, as Faceoff.com puts it (and I always need to be reminded):

Anaheim could still swing a trade for the veteran defenceman or send him to the minors when the season starts. However, that wouldn't alleviate the cap hit.

He would be subject to re-entry waivers should the Ducks recall him, at which point he could be claimed at half his salary, with the Ducks forced to pay the other half.

Nilson, who was rumored to be heading to the KHL, was put on waivers by the Flames today. I believe that Nilson was unable to go to Russia because of his contract with the Flames. Soon, the doors will be wide open for him to leave the country.