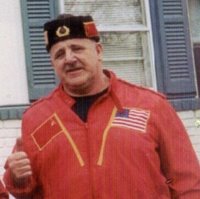 Remember when the IIHF suspended the NHL contracts of 6 players in July due to possible current contracts with Russian teams? Well a lot has happened since then. Radulov was one of those 6. So was Jason Krog, acquired by the Canucks. According to The Hockey News:

In a stunning turn of events, the Kontinental Hockey League and International Ice Hockey Federation appear to have extended an olive branch to the NHL, which may ultimately lead to a thaw in the frigid relations between the KHL and the NHL.
"We have gone with an open hand to the NHL," KHL president Alexander Medvedev told thn.com in a telephone interview Saturday. "We are hoping to get a positive reaction from the NHL."

The KHL has withdrawn its disputes with the aforementioned affected contracts of Krog, Tikhonov, Filatov, etc, and has agreed that the Radulov situation needs to be settled in court or through binding arbitration.
When a Russian holds out his hand you don't shake it. You cut it off! OK, I'm kidding. But is this the beginning of the end of the NHL-KHL cold war? I would have reservations about that. In fact, I really doubt it is because there is ongoing theft of players from both sides. If the KHL remains on the rise, the battle and bidding for players will continue. Check out the THN article for a more in-depth look.