Share All sharing options for: Jagr says he will regret moving to Russia if Rangers land Sundin 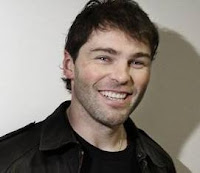 Jagr basically told Hockeyexpressen that he is "cursed" if Sundin plays for the Rangers. He would regret that he moved here (Russia). He also said that he promises he'll be "pissed off" if Mats signs there. Run the article through a translator if you don't believe me.
I don't know how serious Jagr was being in that interview. One thing is for sure: Jagr doesn't know where the Rangers sit in cap space.
Jagr also encouraged Sundin to keep playing.

"Whatever you do Mats, do not stop playing hockey. You are too good to stop now. You can go on for many years."

Oh gee whiz. How sweet. Golly. The article also states that the paper's sources claim that Tampa Bay is in the mix for Sundin. Huh.... That makes no sense economically.
The original Hockeyexpressen article can be found here.

**EDIT**
I did some more news-searching about Jagr and found another Hockeyexpressen interview with Jagr. This was more about his decision to play with Omsk in the KHL.

It is clear I had a good bid from here, but I am drawn to something new. I wanted to do something different. KHL has become an alternative to the NHL. If five to ten years, many European players to choose to move here, instead of the NHL then I am pleased to be part of the development.

And speaking of the KHL: they are now accusing an NHL team of poaching players. From John Wawrow at Yahoo Sports:

A newly formed Russian hockey league accused the NHL of poaching two of its players when the Los Angeles Kings agreed to terms with two draft prospects last week.

As a result, the Continental Hockey League (KHL), announced Thursday that it was no longer obligated to abide by a moratorium reached in July, when the leagues agreed against signing players that were under contract.

In a news release, the KHL said the NHL violated that agreement when the Kings signed 2008 second-round draft pick, defenseman Vjateslav Voinov, and 2008 fifth-round pick, center Andrei Loktionov, on Aug. 27. The KHL said Voinov is currently under contract with Chelyabinsk while Loktionov is under contract with Yaroslavl.
NHL deputy commissioner Bill Daly disputed the KHL’s claims in an e-mail sent to The Associated Press. Daly said the league approved both contracts "on the basis of evidence that the two players were free of contractual obligations elsewhere.

The song "Communication Breakdown" by Led Zep is playing in my head right now. This is a finger-pointing war. Who's telling the truth and who's lying? Crazy.