Share All sharing options for: Claude Lemieux eyeing a comeback 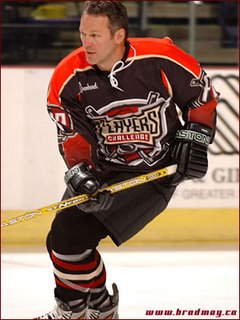 Claude Lemieux ended his career in the NHL with the Dallas Stars. Claude Lemieux, 43 years old, said in an exclusive RDS that attempt a return to the game, more than five years after his last competitive match in the National Hockey League. Lemieux is training intensively over the past ten weeks. In particular, he skated with players of the Phoenix Coyotes, but it has not yet agreement with a team of the National League. "It is obvious that most people will think I'm crazy ...", says Lemieux. "I'm bored of being with the players and I'm bored of feeling on the ice. We have only one life and if there is something in our heart or our head, we must try."
And to show its determination to return to the National League, Claude Lemieux said he was ready to make its classes in the American League.
"It's not a question of money. I do not want to negotiate a contract with several million. This will be for me to make my evidence and perhaps in the American League. The team will give me a chance do not regret it, "he adds.


I can hear all the scoffing going on...
Sure Lemieux was a dirty scoundrel, but he was a god damned effective dirty scoundrel.
-19 career game-winning goals in the playoffs. I believe that is 2nd only to Gretzky.
-10 goals in the playoffs in 1986 including 4 game-winners to help the Habs win the Cup.
-In 1995 he lead all players in goals scored in the playoffs with 13. Lemieux wins the Conn Smythe and the Devils win their first Stanley Cup. 3 more game-winners in that run by the way.
-He then gets traded to the Avalanche and in his first season there wins the Stanley Cup again. He nearly killed Kris Draper on his way to the Cup that year. 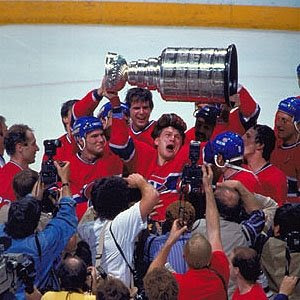 -He won his 4th Cup with the Devils in 2000. In a reduced role, he only scored 4 goals and 10 points in 23 playoff games that season.
Is Lemieux crazy? No. He's 43 years old. How effective can he be? I say "more power to him." If there was ever a player who would give his testicles for a Stanley Cup it would be Lemieux. Look at the above picture with the Habs. That says it all. He is one of the most fierce competitors I have ever seen.
And that is the biggest reason why another kick at the NHL can for Lemieux should not be ruled out.

- Lemieux wants no part of Darren McCarty in 1997 and turtles.

- Lemieux shuts up the Flyers fans with this game-winner in the 1995 Eastern Conference Final..

- Lemieux shuts up the Wings fans in the 1995 Finals with this game-winner.

-Classic dirty Lemieux. Watch him pop Brett Lindros while he's on the bench. See that dirty look in his eyes?

-Look familiar? How many times did Lemieux come flying up the right side and blast a shot past a goaltender from just inside the blue line? This one is on Mike Vernon in the 1995 finals.