Jan Hlavac to leave NHL to play in Sweden

Share All sharing options for: Jan Hlavac to leave NHL to play in Sweden 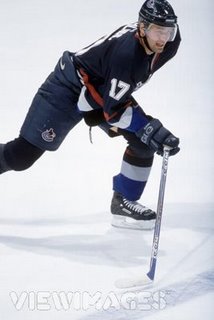 Looks like Jan Hlavac, who I just put on my top 10 worst Canucks of all time, is stuck playing in Glasgow Scotland. How the not-so-almighty have sunk further into the depths of hockey hell.
Yes, that is a Swedish paper. And no, Mats Sundin has not made a decision yet.

**Correction/Update**
It is being reported that Hlavac will play for Linkoping of the Swedish Elite League. He apparently has agreed to the equivalent of an $800,00 tax-free deal. The Tennesean reports that the Preds were only offering about $740,000. This was shot down by Hlavac and his agent because he scored 13 points in 18 games with the Preds after being traded there by Tampa at the trade deadline.