Is it the rain? Why won't NHL players choose Vancouver?

Share All sharing options for: Is it the rain? Why won't NHL players choose Vancouver? 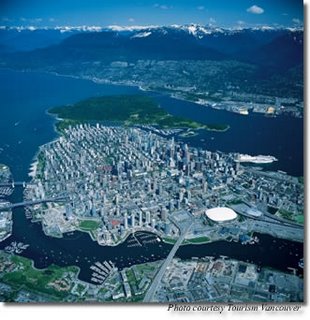 Am I being crazy, or is the Pavol Demitra signing the biggest acquisition via free agency for the Canucks since Mark Messier? No clue, so I am going to do the research for you, year-by-year, on what free agents Vancouver has nailed down since Messier signed here on July 28, 1997.

There you have it. Demitra is the best UFA signing since Messier. Proof is in the pudding. Vancouver cannot lure superstars here unless their GM is a former agent of the player. Do you think Demitra would have come here if Nonis was the GM? Tough to say. Given the Canucks' track record at luring UFA's here over the past 11 years, I'd have to say "no."
Just looking at those names......depressing.

So what's the deal with Vancouver?
Puck Daddy had a post up about his picks for Top 10 Deadbeat NHL cities and Vancouver never made the list.

-Vancouver was voted the most liveable city in 2005. CNN confirmed that story.

- Vancouver was voted the best Canadian City in 2007.

- The Canucks though, have a brutal travel schedule again this season.

- The Canucks have not had a bunch of success in recent years as far as being a Cup contender goes. The last chance we had, with the West Coast Express running on all cylinders, the Wild came back from a 3-1 deficit against us in Round 2, making history.

-The Canucks are not an original 6 team.

But really though, what other reasons are there that hinder Canuck GM's from getting UFA's to sign here? Somebody help me out! Are we too far away from New York, or what?
Is the water too cold to swim in Megan Fox's facial expression seems to confirm that.

The City kicks ass. BC is the best province in Canada, period. It's just too bad that doesn't translate into UFA success.