Eklund "breaks" most insane rumor of the summer of 08: Sundin to Rangers and Gomez to Vancouver

Share All sharing options for: Eklund "breaks" most insane rumor of the summer of 08: Sundin to Rangers and Gomez to Vancouver 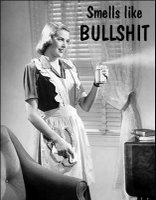 Yeah I know there are plenty of Eklund haters out there and this shouldn't qualify as news. I am not a hater, I just think he's a master fabricator of rumors and is successfull at it. It is what it is, as Temujin would say.
But this Sundin to NYR and Gomez being traded to Vancouver rumor (rated e4)is bunk for several reasons.

1. Sundin is tight-lipped and has not made a decision yet if he even will play again. There is no news on that front and nothing has changed. I will admit that I have been reading online Swedish newspapers a lot lately waiting for some development there. Nothing yet.

2. Gomez has a no movement clause on his contract. Actually, both Gomez and Drury do. I hear there are a few different types of no-movement clauses, but I don't know what category Gomez's falls into. I would expect Gomez does not want to leave New York city regardless. No way. He's the man there.

3. The Gomez trade makes sense geographically, because Vancouver is the closest NHL city to his native state Alaska. And that is probably a big reason why the dumb rumor is fabricated that way. Because someone assumes that Gomez would like to live closer to his summer home. He does spend most of his summers in Alaska, where he holds an annual charity celebrity golf game in Anchorage to raise money for the Scotty Gomez Foundation. But still, refer to #2. You don't put a no-movement clause in your contract for nothing.

4. Is Glen Sather that mad that he would move his #1 center Gomez, who is only 29 years old, and take on 37 year old Sundin's contract? Sundin may only play for 1 year. Gomez has 5 years left on his contract. He will produce nearly or equal what Sundin will produce. He is a hell of a play maker. Oh and by the way, yes, I think Sather is that mad. But refer to #2 again.

Hey, I'd rather have Gomez than Sundin in Vancouver, but this just isn't going to happen.
Refer to reality, which is that Sundin has not made his mind up yet, for the 100th time....