Share All sharing options for: Sundin's agent repeats that Mats will decide if he'll play by "around" August 1st 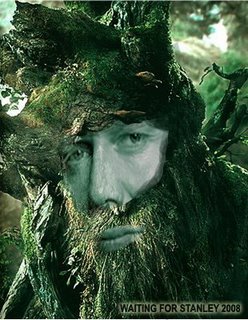 "Hopefully, we'll know (Friday) whether he's going to play or not. It might take a little longer to figure out the team situation," Barry said.
"I'm just waiting for him to say for sure that he wants to play. That's still step one."
Barry and Sundin have arrived at what the agent called a "soft deadline" of Friday to make that first key decision. Barry said Sundin will need the time after that to physically prepare for training camp if he does not retire.

This kind of reminds me of the Ents in the Lord of the Rings-The Two Towers film/book, when the trees held an Ent Moot, or meeting between the Ents.

"
The sequence of the Ents meeting was right smack in the middle of the war at Helm's Deep and was such a contradictory change of pace to the point where you almost wish the Ents' meeting was not even in the film.
A feeling of "let's get this over with already".