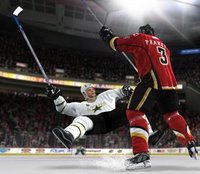 From the official NHL 09 site:

An All-new physics-based checking and fighting engine featuring more than 300 new animations brings a higher-level of intensity to the game. Watch players reach for the ice to soften their fall or simply get laid out on their back when you catch them with their head down in open ice. Circle your opponent, grab his jersey and settle a mid-game score.

Alright! One of my wishes has finally ben granted. The hits and fights are going to have way more dynamics!
I see the crowd responses will still be just as unresponsive though. That's maybe the only bummer.
Looks to be available in stores on September 9.
The cover of the game is seen below. (Thanks Flyers Goal Scored By..) 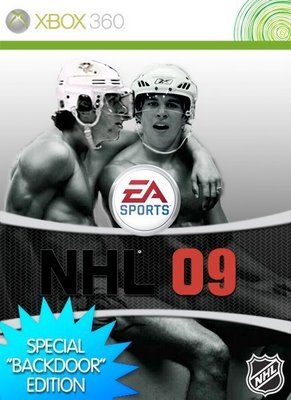