"…and on the fourth day, the sun still rises but Gillis remains lost"

Share All sharing options for: "…and on the fourth day, the sun still rises but Gillis remains lost"

...and that's all for now. I keep forgetting it's "Independence Day" down here. As the movie says "Kick the tires and light the fires big daddy." Roger that. Have a great holiday everyone and thanks to each soul who checked into the site this week. Our stats have never been higher and I am appreciative of every single soul who checks us out. We'll stay on top of everything Vancouver related because, clearly, they need it. Later. 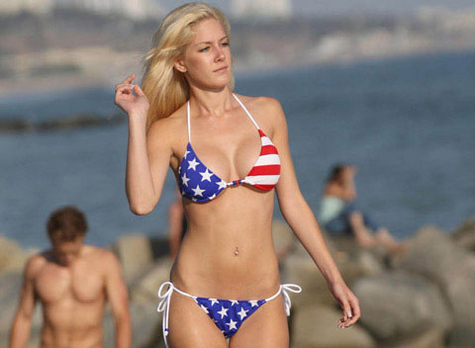 6:27 PM ET Update: Via Canucks.com: Mark Cullen is the latest new Canuck. Not to be confused with older brother Matt, Mark was originally signed by the Wild but bounced around between the AHL squads for Philadelphia, Chicago and Detroit before ending up a Canuck. (GZ Expat set me straight because clearly I can't read) so it's still a move to stock the Manitoba cupboard more then anything else. Still he has decent numbers so I'm sure they'll give him a shot in September.

6:06 PM ET Update: For what it's worth Gillis said today he hasn't given up on Morrison. Which, if he is saying that, means he has. Mo isn't coming back and it's time to move on and wish him the best (though if he ends up on the Wild then we wish him further missed games due to injury).

4:35 PM ET Update: Canucks call a press conference for 2:30 PM PT. I think to discuss Bernier and probably settle any fires about Naslund. Also first time (I think) the press will have a shot to ask WTF regarding Sundin. Should be interesting to listen to.

2:46 PM ET Update: I don't like doing this but I'll just wonder aloud: If Naslund is gone, Morrison is as good as gone and we need a first line so badly, is it conceivable that Bernier's former linemate in San Jose Patrick Marleau - who is always mentioned in trade rumors - could be another target for Gillis? I'm just saying...

2:32 PM ET Update: Poking around for some more Bernier tidbits and I came across a good one from the NY Post: I guess the Sharks tried to move Bernier for Avery at the deadline last year but Sather nixed it.

BfloBlog is confused on the move. We can feel their GM pain if nothing else.

2:11 PM ET Update: As suggested earlier, there were still some low-flying names out there that Gillis had to go get. Looks like he has started by flipping two picks for RW Steve Bernier. See? That's a bit more like it.

A first round pick in 2003 (16th) Bernier is a big winger who was an up and coming winger for the Sharks before the Campbell trade last season.  Here's some requisite YouTube goodness. Thanks to Wikipedia, we know his nickname is Big Bear and this:

On February 27, 2008 in his Sabres debut, Bernier scored goals on his first two shots and later added an assist, helping Buffalo to an 8–4 win over Nashville. He also gained respect from the crowd, as well as his teammates for coming to Derek Roy's defense late in the third period.

11: 17 AM ET Update: Glancing at Sportsnet real quick and I love their "Wire" section at the moment:

I like the DON'T PANIC/SORTA PANIC/GO BACK TO PANIC flow of those headlines.

10: 36 AM ET Update: As a public service, let's see the new faces for the Western teams just to reinforce what a truly deplorable few weeks it's been for Vancouver:

Quick thoughts: Detroit is a case of the best getting better, San Jose is going to be even more aggravating to play and I love what Edmonton, Phoenix and Columbus have done with their moves. Chicago made the biggest splash and Dallas upgraded an already solid core. Conversely the Canucks are in the same family with the Preds and Blues in terms of inactivity though they both have more of a offensive core then the Canucks do. Vancouver does have a deeper defense and superior goaltending of the three.

9:29 AM ET Update: Via Spector: Ottawa is rumored to be looking for a defenseman and Bieksa's name is popping up. Also Buffalo needs a swift moving D man too and may be willing to part with Afinogenov. While Russians don't last long in Vancouver, this would be another a great addition all things considered. Besides how can you forget this goal?

Meanwhile, via TSN, Boyle is rumored to be targeted by three teams including the Canucks (Sharks and Flyers are the others). Well of course he is; teams up against or over the cap have to reluctantly deal with us now. Boyle as a Canuck would mean a cap hit of $6.6 million until 2014 (oy) and add him to a top four that already includes Bieksa, Salo, Ohlund and Mitchell. Personally I would like to see Salo and his injury baggage leave since Boyle's offensive upside would help offset losing him. But to get Boyle on the cheap (prospects and/or picks) is another tradable asset for Gillis and that's all we can hope for.

8:30 AM ET Update: Via the Kukla Empire: I saw this earlier in the CDC but thought it wasn't confirmed; sounds more and more like Jagr is heading to Avangard Omsk. A press conference is scheduled for later today on something or his picture (along with fun russian to english translation) is available.

5:17 AM ET Update: Via the NY Post: Naslund couldn't knock the Arod/Madonna thing off the sports page (or the pregnant British guy off the front page). For you Naslund haters, here's some good news: he's now in the hands of Larry Brooks, where hockey analysis traditionally goes to die choking viciously on its own vomit. Case in point (and his take on Naslund).

Via the NY Daily News: The Red Sox slaughtered the Yanks so you have to dig pretty deep to find the Naslund news. The juxtaposition of "Naslund in, Jagr out" in all the papers won't exactly lessen the pressure on Naslund to perform.

Newsday has their say. Also, in case you were curious,  Bozo the clown is dead. Losing Jagr AND Bozo so close together? Thankfully, this being July 4th means New Yorkers can drown their sorrow in bad beer by noon and start breaking stuff in the early afternoon.

Via the Sun: MacIntyre realizes that we're going backwards. This is also the first time I have heard Gillis never gave Naslund an offer. Good times. I like this part, a bitch slap against Gillis and Vigneault:

He is part of the plan in New York, where the Rangers are trying to replace Jaromir Jagr and Martin Straka and promise Naslund he will get to play attacking hockey. Rangers' coach Tom Renney, Naslund's first boss with the Canucks, has assured Naslund he won't have to dump and chase the puck.

Via the Province: Willes is back and the pain of the Sundin fluff piece has finally settled, the reality rooted deep enough into his skull that he now knows the truth:

18 players who would qualify as a top-six forward [have been signed]. And not one was acquired by the Canucks.

Via the Province: Naslund wanted the Rags all along, first tipped off by GZ Expat both here and other places yesterday.

Via the Province: I said yesterday that the other shoe was going to drop and it did with Naslund. Today? Expect Morrison to go racing out the door faster then you can say "Mats Sundin isn't coming here so get over it."

Via the Province: Clutching his Sundin doll with all his might, it's Gallagher's turn to try the "give peace a chance" routine with Gillis but noting, more or less, that the door shouldn't smack Naslund's ass on the way out.

Via the Province: The guys at the KB have a great top ten list of Naslund departure consequences. #2 should seriously be considered. 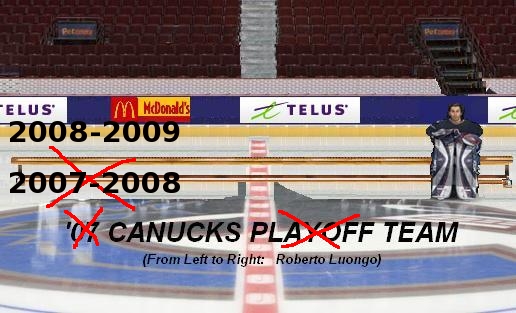 ...somewhere Dave Nonis has the biggest shit-eating grin on his face he can hardly stand it...

No one new yesterday via the UFA or trade route. So the same problems exist, now amplified by the departure of our captain. The media and fans alike have to wonder what player in the right mind would join this team concept now. Some are wondering aloud what Luongo must feel now that he has a worse team in front of him. Lastly, I wonder aloud if this team is so bad right now that they are secretly good and I am just not catching something.

What could today, the fourth day of this first free agency week, bring? Probably nothing, but a sense of direction is a good place to start since we're in this new era right? At least give us that Mikey: if it's a rebuilding year and we're playing for the Tavares pick, then at least own up to it. If not - and they're still that mystical "few pieces away" from being a special bunch - then we'll just wait patiently for you to put your stamp on this thing that used to be a NHL team.

But, clearly, the honeymoon is over and the natives are restless. Seriously, it's getting desperate. We'd take the reappearance of Jan Bulis. Go lift some rocks up and shake out Magnus Arvedson, maybe Tommi Santala too. Is Drake Berehowsky still employable? Does Jay Mazur still have his legs? Is Mike Ridley up for a reunion tour? Vadim Sharifijanov could be ready to pop soon. Robin Bawa needs the Orca. The window on Lubomir Vaic may be closing.

All these messy GM questions; I am sure glad I'm not that guy. But you are. Hop to it champ.