JP Barry talks with The Vancouver Sun about Sundin, Sedins and Ohlund

Share All sharing options for: JP Barry talks with The Vancouver Sun about Sundin, Sedins and Ohlund 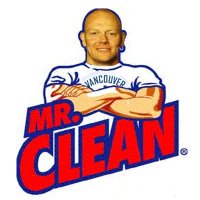 Elliot Pap has an article up today that sheds a little light into the 4 aforementioned players.

"Claes is going to meet Mats (yesterday) just to see where he is so, hopefully, we'll get a bit of an idea on his decision-making process," Barry said Tuesday. "Friday is like a soft deadline for him to decide. It's what Mats put up. He said he'll decide for sure because, if he's going to play, he has to focus on his training.
There are a bunch of players in Stockholm who train really hard in August for a month before they go to their teams. That's why around Aug. 1 makes sense because that's when that [camp] starts up."

So Mats will make up his mind if he wants to play or not but may take a bit of extra time to decide on who he plays for.

"I think he really wants to go through that process of deciding if he wants to play, said Barry.
I mean, we'll be discussing the teams after that. He might be 80 per cent one way or another but I won't know that until that happens."


The agent doesn't think it will take Sundin long to pick a team after he decides if he'll play.

"It wouldn't be a week or two," added the agent. "Once he decides he's going to play, we would probably be able to get something done within less than a week."

I sure can't wait until this is over. Remember, if Sundin picks the Habs, I am going to burn my Mats jersey and record and post it.
JP Barry also represents the Sedins and Ohlund, all 3 of which are going into the last year of their contracts. The Sedins will earn $3.575 million each. Ohlund will earn $3.5 million.Barry mentioned that the Canucks have interest in extending the twins, but no terms and dollars have been thrown out there yet.

There has been NO talks about/with Ohlund yet. I think Mattias is going to earn serious money somewhere in 2009-10 and it may not be with Vancouver.
What would you sign those 3 players for?
For one, let's see how the twins perform this coming season in a contract year. Last season I think it's fair to say that most of us expected more from them, yet they caved under pressure. If they pull out 85-90 points this season, I'd extend them for 3 years minimal at about $5.5 million per season. But I'll bet they'd want $6 million or more, wouldn't they? Tempting.
I am not so sure about Ohlund. It depends on his health. The guy has been a long-time Canuck and I'd hate to lose him. But if he plays at least 75 games and puts out over 40 points, he could demand over $6 million. If we don't give it to him, somebody else will. Ohlund may hold out for that.
But seeing that we have Alex Edler moving up the ranks, I'd let Ohlund go if he is going to play that game. Since when are defencemen that aren't named Lidstrom worth the $6-7 million price tag? Teams are overpaying defencemen nowadays. I'd stay away from that mentality.