Share All sharing options for: Hazing the new guys

While we wait for the rescue corps to come help (or a late night phone call from Sweden), let's take a look at newest Canucks and haze them appropriately shall we?

If you wander over to Canucks.com they have a nifty little application called the depth chart. Guess what it has? Yes, the team's depth chart.

Here's the new kids on the block: 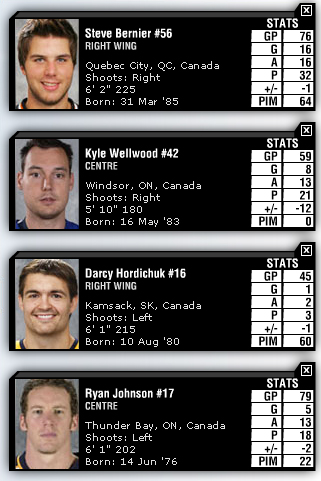 A happy bunch no? Let's ignore the fact none of them played an entire year and all were on the wrong side of the +/- and let's get to the heart of the matter: hazing.

Kyle, you're up. And I have to ask: why does he look like he sat on something wet and possibly moving? He looks as comfortable as your average first grader being told to sit still and smile on photo day. It's not all bad though, heck I think I found a hidden upside: 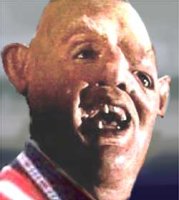 
Before I get angry emails, hear me out. First, we know Sloth was kept chained in the basement by the Fratellis only to be freed by the Goonies and eventually helped them find the treasure of One Eyed Willie right? So the Fratelli's were the Leafs and Mike Gillis was Chunk (minus the Truffle Shuffle; I dare say if you asked Gillis to do that dance he'd make you swallow your back teeth), freeing Wellwood from the basement, sharing ice cream and then finding treasure together. Could the treasure be the playoffs, the conference final, the Cup? Sky's the limit.

On to Mr. Hordichuk, resident bad guy. His picture is nice huh? Very nice indeed. Actually, maybe too nice. Too happy? How the hell is that face going to scare a four year old much less the brutes of the league? 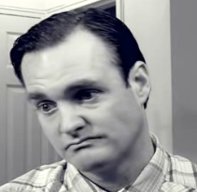 You're in that show no one watches anymore right?


I don't know much Darcy but your average hockey heavyweight is not scared of Will Forte (it's likely they don't even find him funny). So for a guy who earns dinner money but smacking people around, your mug shot has to come across with a bit more attitude then the pent up rage of your average movie ticket puncher and/or hot dog vendor (roles that Forte no doubt plays on SNL). Let's practice scowling.

In fact, when it comes to scowling, check in with linemate Ryan Johnson. His photo looks like he'd sever your spine if you read the paper over his shoulder. Why so angry buddy? I think I may know why: searching around the internet tubes showed me some rumors that suggest Ryan Johnson once dated Erin Andrews. You know who she is right? Playboy's sexiest sportscaster of the year last year? She looks a bit like this: 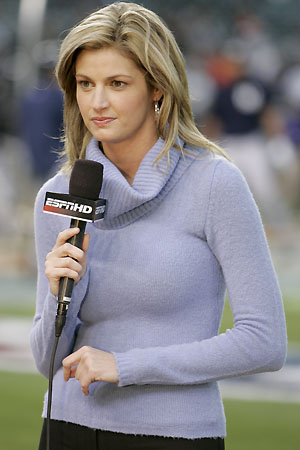 
So if you once dated her and then didn't see her anymore in the morning, wouldn't you look a bit like this? 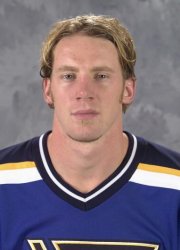 If you look at this photo long enough, I swear you'll hear screaming. So no more questions need to be asked. In fact, let's pass on hazing Ryan all together. Johnson gets anything he wants.

Finally, Steve Bernier, the new project power forward who will give the Sedins everything they ever wanted and more. When Bernier got here last week and everyone did their requisite Google searches, there was something about that smirk on his face that felt eerily familiar. Then it dawned on me: 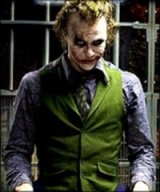 
Um..you rock Steve. No complaints over here! That stuff about you being out of shape? Not a syllable of that on this site. We're big fans. Big Bear fans. Huge Big Bear fans. Couldn't be bigger in fact. Cross our hearts.

Welcome one and all.