Friday Movie watch it or skip it

Share All sharing options for: Friday Movie watch it or skip it 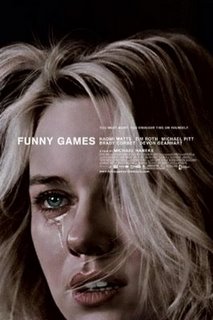 A story of a family that gets terrorized in their retreat cabin by two psychotic rich dudes who get off on violence. (Hint: Golf clubs and double barrelled shot guns are involved.)
This movie has a strange feel to it and is somewhat original in the sense that it makes you feel like you are there with them. The rich punks (Pitt and Brady Corbet) do most of the talking in this one while Watts, Roth and kid actor Devon Gearhart let their facial expressions do all the talking. I know Watts is brilliant at acting without speaking, but now I see Roth is the same way.
It's a twisted ride that's worth a look, but the strange turns that are taken may turn some viewers off. 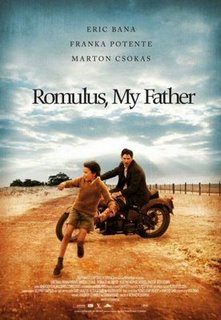 I'm accustomed to seeing Bana be an ass-kicker in films such as Troy, but in Romulus, he is the extreme opposite. Bana plays a troubled immigrant father, raising his young son mostly alone as his estranged wife has left him years earlier and living with one of his good friends. Bana's character stays loyal to the troublesome wife and this causes him insane grief.
The movie explores the limits of a man's patience with this sort of woman.
It's an Australian film filmed in Victoria Australia, the scenery is majestic.
It's a movie that is high on drama and emotion. I would call it depressing drama.
So if you are into those kind of movies then maybe you will enjoy this one.
Love the performance of Franka Potente in this one. You may remember her from the Bourne Identity and Supremacy.
The movie is based on a true story of the life of one Raimond Gaita, who is the son of Romulus and Christina. Tough childhood I'd say. 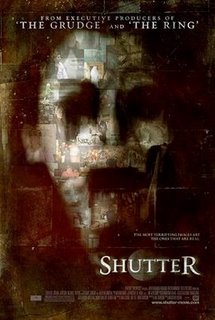 How many of these Japan-based horror movies are going to get made? Hasn't it been over done already? This flick has the feel of The Grudge, because the same person produced both movies.
I liked the Grudge. I didn't like Shutter as much because it's rehashing old ideas mostly. Shutter explores the concept of ghost photography. An American couple gets married and moves to Japan, but experience several insane experiences once they get there, starting with a car accident and then ghost photos. The horror and intensity increases from that point as you start to discover why this couple is being haunted at an increasing level.
I found the dialogue terrible and the plot rehashed and predictable. But isn't that typical of most horror films? So if you like that shit, this movie is for you.
Guys that like to watch movies for the girls on film will fall for Rachael Taylor.
I will say this though...angry, dead Japanese girls are damned freaky!