"…and on the sixth day, Mike Gillis sent an offer sheet to John Tavares"

Share All sharing options for: "…and on the sixth day, Mike Gillis sent an offer sheet to John Tavares" 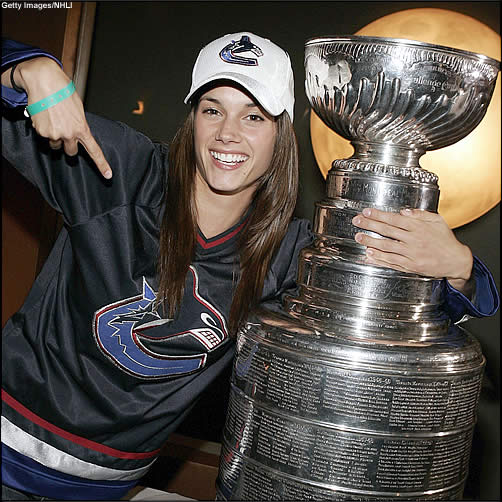 
Larry Brooks finally targets his semi-literate rants at the aging Naslund. Get used to it cap't; that's article #1 of what will be a long string of "you're not Jagr" observations. Also Tom Renney knows a thing or two about running far away from Vancouver and having it work out for the better.

The Province won't let the Sundin thing go. Choice quote? "...we're not going to limit ourselves to anything at this point." That means you and your dog may very well become Canuck projects at this rate. The KB guys explore why Vancouver sucks in the case of Burke V Lowe. Also Bernier is the kind of guy who should be plowing your daughter but one who will no doubt soon realize that Henrik Sedin is no Joe Thornton. Don Brennan wants Kevin Bieksa and won't take no for an answer. Finally Matt Cooke got the Ovechkin show before signing a two year deal to sniff the sweat off of Sidney Crosby's jock strap; you think he misses Vigneault's dump and chase?

Elsewhere Adrian Dater asks if Svatos is damaged goods, a fellow American hockey fan found a new toy, a minority stake holder in the Wild sleeps where tons of Bob Guccione...um..."stuff" has been produced and Cristobal Huet made a new friend.

Finally, on a "oh what the hell" note, Marty Turco still sucks.